The best travel movies inspire wanderlust and transport viewers to other places in addition to telling a captivating story.  If you are looking for travel inspiration or just something to watch while you are staying home, read on for my list of the top 10 best travel films that inspire wanderlust.  These movies will make you want to travel the world as soon as it is safe again! 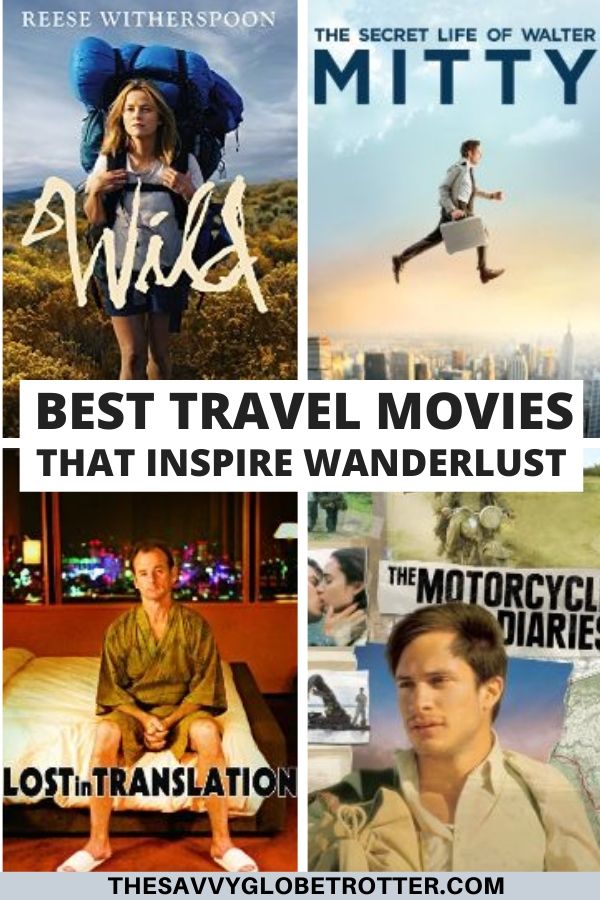 Disclosure: As an Amazon Associate I earn from qualifying purchases.

Looking for more travel inspiration while stuck at home? Here are the Best Travel Shows on Netflix to watch right now. 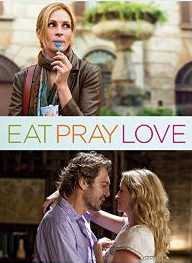 Watch: Amazon Prime
One of my favorite travel movies is Eat Pray Love.  Its inherently about travel since the main character, Liz Gilbert (Julia Roberts) heads to Italy, India and ultimately Bali.  Newly divorced she embarks on a quest of self-discovery  and becomes a foodie in Italy, explores awesome culture & spirituality in India before looking for love in Bali.  If you like to travel, are a foodie or just a sucker for a romance you’re sure to love Eat, Pray Love and it will make you want to get out into the world! 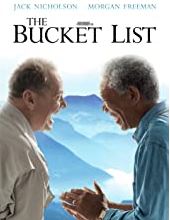 Watch: Amazon Prime
In this 2007 American buddy comedy-drama film, two terminally ill men embark on a trip with a wish list of things to do before they “kick the bucket”.  Billionaire Edward Cole (Jack Nicholson) and car mechanic Carter Chambers (Morgan Freeman) are complete strangers, until fate lands them in the same hospital room. The men find they have two things in common: a need to come to terms with who they are and what they have done with their lives, and a desire to complete a list of things they want to see and do before they die. Against their doctor’s advice, the men leave the hospital and set out on the adventure of a lifetime.

The Secret Life of Walter Mitty 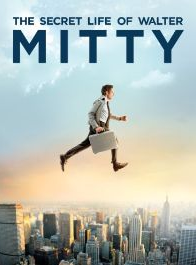 Watch: Amazon Prime
The Secret Life of Walter Mitty is a travel film that wowed me. The story of a really boring guy that had always daydreamed about adventure (almost too much) gets the opportunity to take the adventure of a lifetime – and it changes him forever. The story, the imagery, the adventure, will make you quit your job, buy a ticket, get a tan, fall in love and never return. 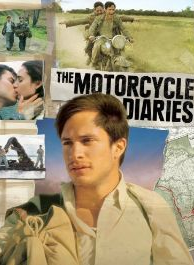 Watch: Amazon Prime
The Motorcycle Diaries is a 2004 biopic about the journey and written memoir of the 23-year-old Ernesto Guevara, who would several years later become internationally known as the revolutionary Che Guevara.  On a break before his last semester of medical school, Ernesto “Che” Guevara (Gael García Bernal) travels with his friend through South America from Brazil to Peru by motorcycle. As they travel through rural areas, they discover the terrible working conditions of the poor and how they are exploited by wealthy corporations. I love how their interactions with the local people and the injustices they witness while traveling become the inspiration for them to pursue political change. 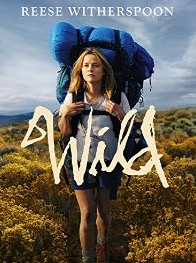 Watch: Amazon Prime
Based on Cheryl Strayed’s travel memoir, Wild stars Reese Witherspoon as Strayed and follows her journey of self-discovery and healing after the loss of her beloved mother, the dissolution of her marriage and a headlong dive into self-destructive behavior.  With no hiking experience or outdoors experience, a heavy backpack and little else to go on but her own will, Cheryl sets out alone to hike solo along the Pacific Crest Trail Pacific Crest Trail – one of the country’s longest and toughest through-trails.  As she walks from the Mojave Desert in California to the Canadian border which serves up many trials, both physically and emotionally, along the way.  I love Wild for the stunning scenery. From the deserts to the mountains, watching it made me want to visit the regions featured in the film. It also has a powerful message. How Strayed dealt with fear and the perceptions made about women made me feel inspired. 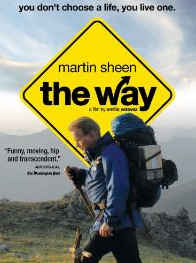 Watch: Amazon Prime
The Way stars Tom (Martin Sheen), an American ophthalmologist who travels to Europe to retrieve the body of his estranged son, who died while attempting the pilgrimage to Spain’s Santiago de Compostela. While he originally goes to retrieve his son’s body, he resolves to take the journey himself, carrying his son’s ashes as he goes, in an effort to understand both himself and his son. Along the way, he faces challenges and meets other walkers with different backgrounds from all around the world. The movie is very inspirational with a powerful message that shows the difference between “the life we live and the life we choose”. 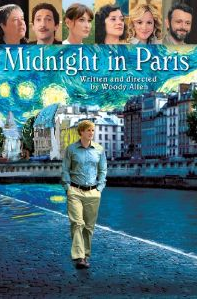 Watch: Amazon Prime
In this visionary tale of nostalgia and history, creatively unsatisfied screenwriter Gil Pender (Owen Wilson) finds himself stumbling back in time while on a stroll in the magical city of Paris. Emerging in to a period of literary and artistic revival, he meets Ernest Hemingway and Salvador Dali, among other great writers and artists – an unfathomable possibility he uses to seek inspiration. The adventures and stories captured by the back-and-forth of a vintage era and modern times is a whimsical experience, one that will keep your imagination afloat and render your dreams of traveling to Paris as more than just wishful thinking.

Under the Tuscan Sun 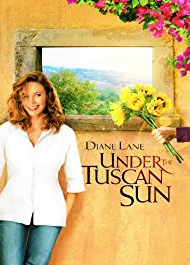 Watch: Amazon Prime
Under the Tuscan Sun tells the story of an American woman, Frances Mayes (Diane Lane), who escapes to Tuscany for a holiday after her marriage breaks down. Upon arriving, she falls in love with Italy and spontaneously buys a villa in the Tuscan countryside. Realizing the house needs a lot of work and restoration she enlists the help of locals and embarks on a journey of self-discovery, facing challenges along the way. As the house is being restored, so is her soul. I love this movie, as it is like a moving postcard on Italy. From the rolling hills of Tuscany, to the pretty seaside town of Positano, the visuals fill me with wanderlust and the heart-warming stories in the movie compliment the stunning scenery. 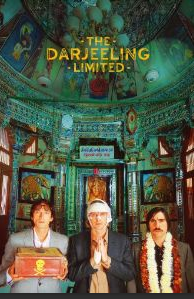 Watch: Amazon Prime
Estranged brothers Francis (Owen Wilson), Peter (Adrien Brody) and Jack (Jason Schwartzman) reunite for a train trip across India after the death of their father. But the best part of the movie to me is the setting. The loud sounds, the colors, the encounters that perfectly portray India will bring a smile and a feeling of melancholy to those who have already visited the country, and will give a serious case of wanderlust to those who haven’t. 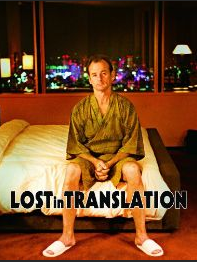 Watch: Amazon Prime
A lonely ageing, past his prime movie star named Bob Harris (Bill Murray) and a young newlywed Charlotte (Scarlett Johansson) randomly meet in Tokyo.  Both are experiencing issues in their personal lives and find modern Tokyo a bit of a culture shock.  Their chance meeting turns into a surprising friendship as they venture through Tokyo.