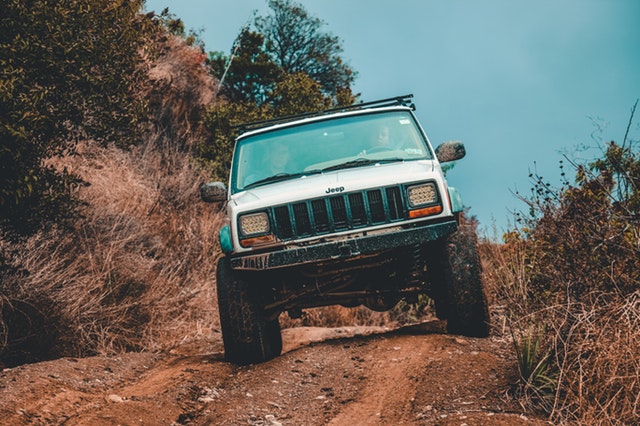 Off-road driving adventures are becoming increasingly popular, with one destination in particular sporting countless exhilarating trails worth exploring: South Africa. With its incredible natural beauty, diverse terrain and rich animal and birdlife, it’s no wonder that locals and tourists alike can’t wait to jump in their vehicles to explore all the hidden gems the southernmost country in Africa has to offer. Whether you’re looking for a relatively easy drive or really want to get the adrenalin pumping on the most treacherous route imaginable, South Africa has a 4×4 trail that is calling your name.

The Drakensberg Mountain Range is not only one of the most exquisite on the African continent, but also home to some of the most exhilarating 4X4 trails in South Africa. The Sani Pass 4×4 Trail is a round trip that reaches to the Lesotho border and back. The 45km long trail is situated just 20 kilometers from the little town of Underberg, and takes drivers over a thrilling course filled with mud, gravel, boulders, sheer cliffs and plenty of twists and turns. While the trail can be blisteringly hot during the summer, snow and ice are common during winter, which makes it substantially more challenging. Due to the trail’s difficulty rating, only the toughest of 4×4 vehicles should be considered for the journey.  Even the most trusted Jeeps, Land Cruisers and Amaroks sometimes have a hard time navigating the tough terrain, but luckily you can stop and replenish your energy at the highest pub in Southern Africa, which is conveniently located along the trail, and where even the driver can indulge in an ice-cold alcohol-free beverage or two.

Tucked away in the Cederberg Mountain Range in the Western Cape province lies the exquisite Kagga Kamma Game Reserve, which is home to nearly 100 kilometers of relentless 4×4 terrain. To complete the entire Kagga Kamma trail will take approximately six hours, although it may take significantly longer if you give in to the urge to stop and take in the breath-taking natural scenery around you. The trail consists of an intricate network of cross-country tracks that contain steep ascents and descents, plentiful twists and turns, and a driving surface consisting predominantly of gravel and loose stones. Seasoned drivers highly recommend that visitors walk the drop into Joubert’s Werf before trying to drive it, as the terrain is particularly rough and the unexpected turns are incredibly challenging.

The Three Provinces 4×4 Trail, which is a fusion of three incredible individual trails, can be found on the Waterval farm in Volksrust in Mpumalanga. As the name suggests, the three routes culminate where the borders of three provinces, KwaZulu Natal, Mpumalanga and the Free State meet at the top of Langkrans, some 2 253 meters above sea level. The trail is a 4×4 enthusiast’s dream-come-true, and features challenging terrain that includes streams, steep inclines, muddy holes, and some of the most magnificent views imaginable of the nearby Versamelberge Mountains. Although the main trail is only approximately 30km long, it gives you ample opportunity to put your driving skills to the test while exploring one of South Africa’s most beautiful regions.

There aren’t many things that can compete with the adrenalin rush triggered by an exhilarating off-road adventure. Next time you find yourself wanting to explore the beauty of South Africa, jump in a 4×4 and embark on the journey of a lifetime.