London is an Instagrammer’s delight. Gorgeous historical buildings, colourful enclaves, dramatic processions – London is the place to go to make your feed pop. Looking for cool Instagram spots in London? Here’s where to start.

Most Instagrammable Places in London 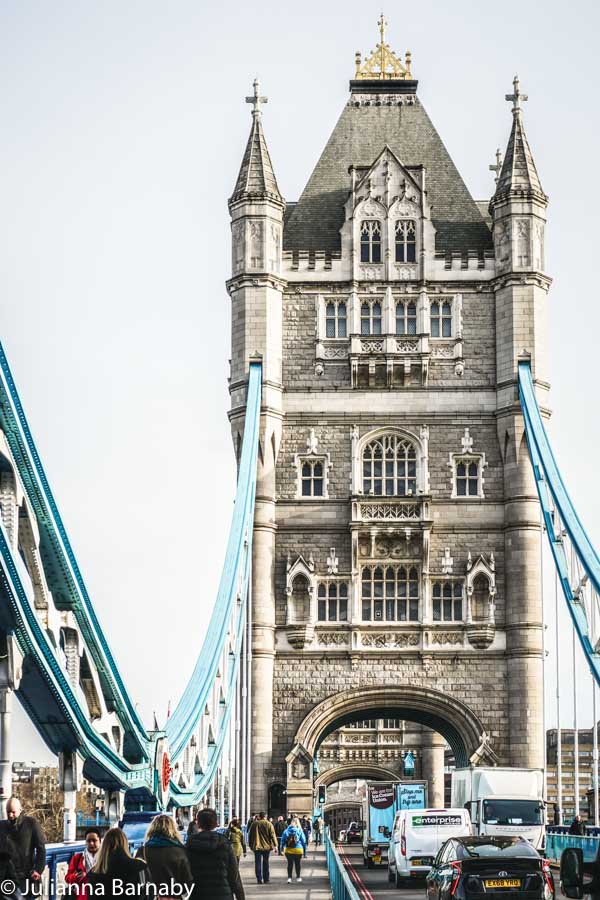 It’s a hard call, you’ve certainly got to put the Tower Bridge right near the top of London’s most iconic attractions.

The gorgeous bridge was built in the late 1800s, and spans the River Thames. It’s so iconic it’s often confused with the London Bridge, which is actually a separate building downstream.

One thing is for sure – you simply must snap some pictures of the stunning Tower Bridge. It’s oh so pretty and oh so quintessentially London.

Bonus points if you manage to get a Black Cab or red double decker bus whizzing over the bridge. 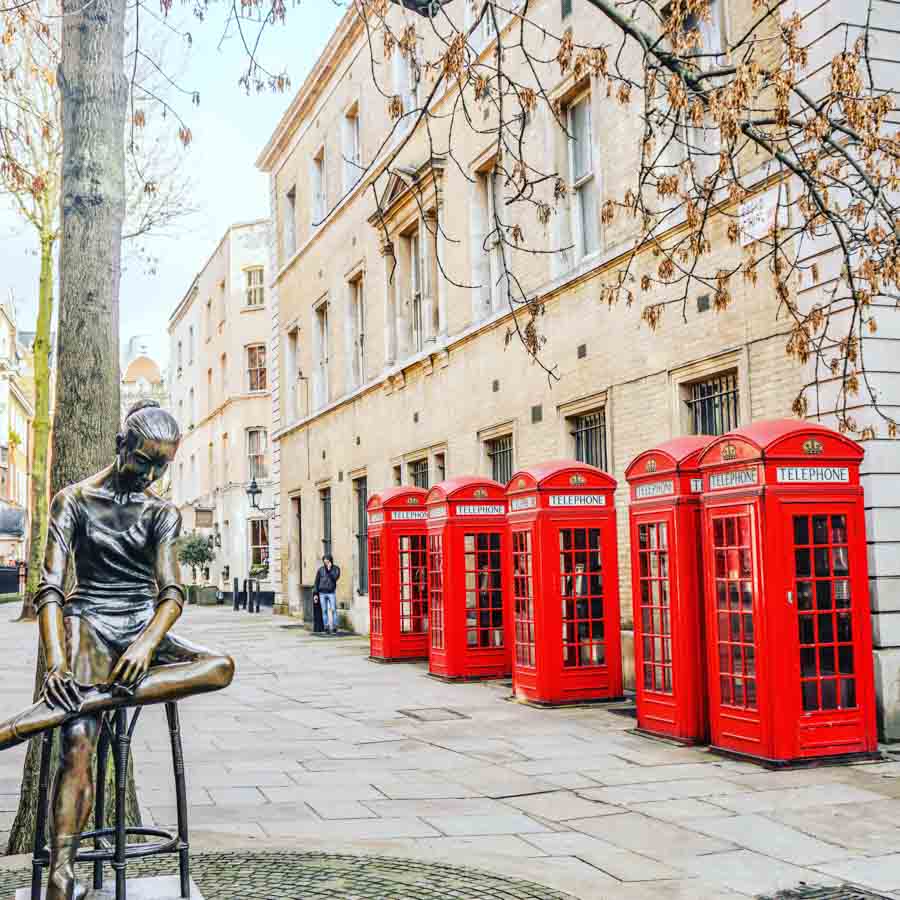 You can’t leave London without snapping a picture in front of the iconic red telephone boxes. They’re a universally accepted symbol of good old London town.

You’ll find them in a few places in the city, but I especially love the picturesque row along Broad Street in Covent Garden.

Not only are the telephone boxes themselves utterly charming, but the nearby sculpture of a ballerina is pretty cute too. 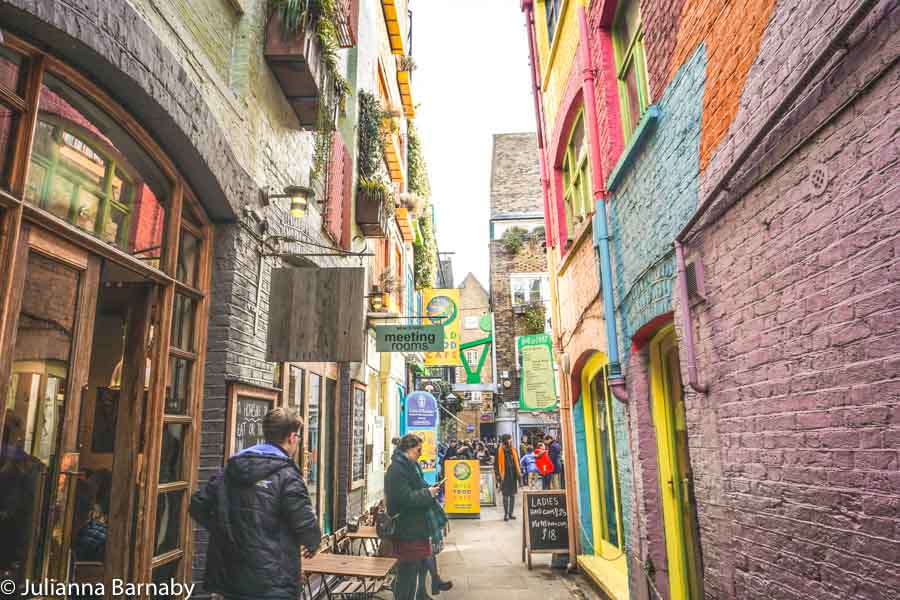 To add a little (well, a lot) of colour to your London ‘gram, head for quirky Neal’s Yard in Covent Garden.

Even if the London sky is grey overhead – as it sometimes is – this quirky hodge podge of shops, cafes and restaurants will add some vibrancy to your backdrop.

Neal’s Yard also has serious London street cred. It was an area rejuvenated by Nicholas Saunders, an activist who championed a way of life that was compassionate towards each other, and the environment.

Once you’ve snapped a few pics of the quirky buildings and narrow laneways, be sure to stop in to grab a coffee and perhaps some vegan snacks. 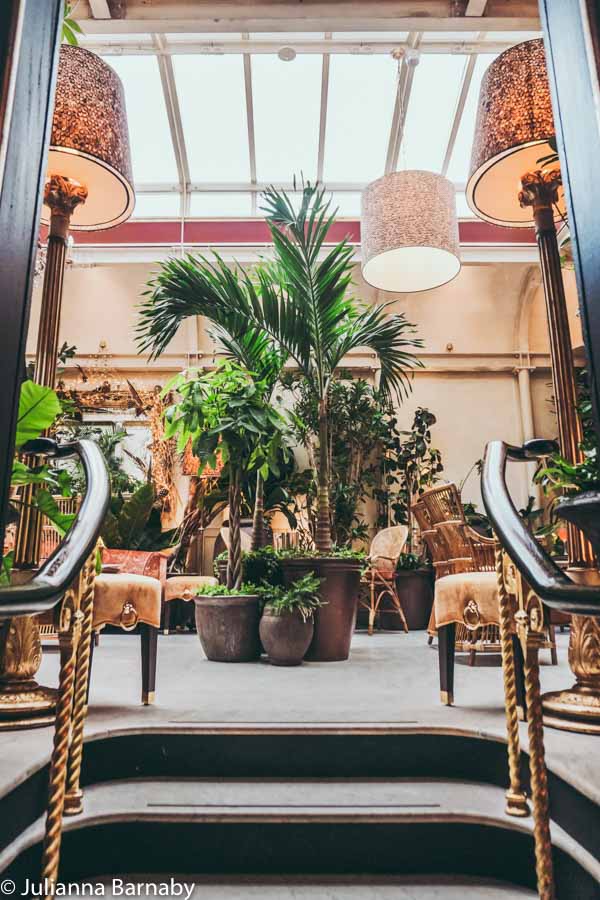 It’s no secret that London is practically teeming with photogenic cocktail bars – it seems like every day a new one pops up somewhere in the city.

There is one, however, that has well and truly stood the test of time. It also happens to be one of my absolute favourite bars in Covent Garden, and even all of London.

I’m talking about upstairs at Rules, an ultra-charming and historic cocktail bar above London’s oldest restaurant.

The restaurant may have opened in 1798, but the stunning architecture, vintage fittings and overflowing plant life in the upstairs bar’s winter terrace make it seem like it was just made for the ‘gram. 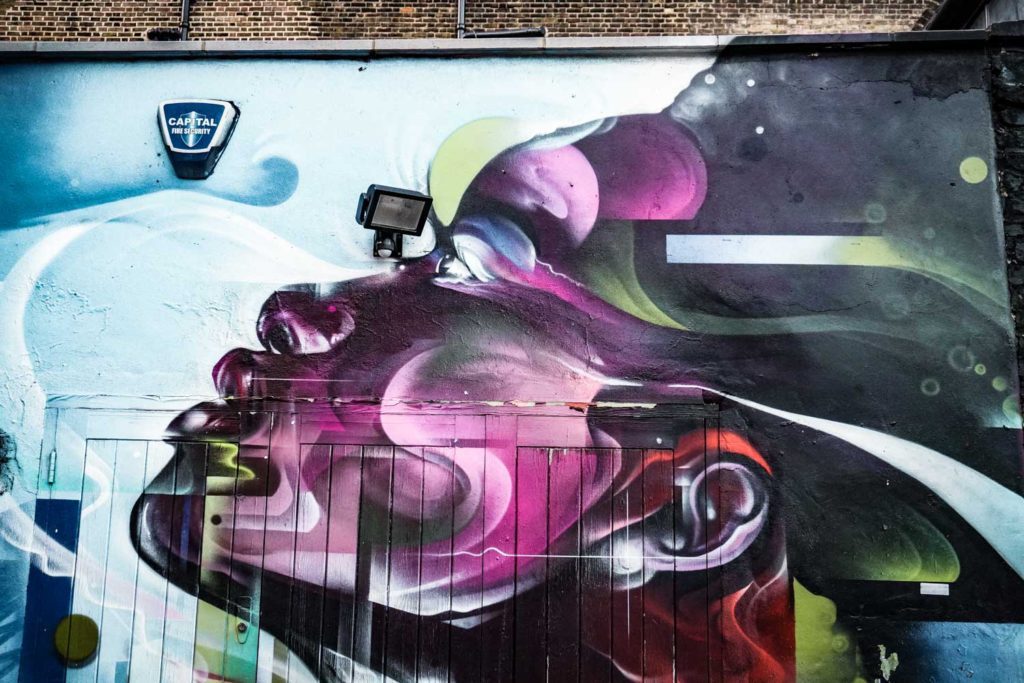 It might have got your grandparents shaking their head in disgust back the day, but there’s no doubt the world has embraced street art and it makes for some amazing pics for Instagram.

Check out some of London’s best in Shoreditch.

This part of East London has long been a hub for creatives, so of course it makes sense that it’s home to some of the best street art in London.

It’s hard not to stumble upon some beautiful backdrops for your feed, but some hotspots include the tube trains on Great Eastern Street and the alleyways off Brick Lane.

Then there’s Rivington Street, with its famous Banksy. Yes, that Banksy.

RELATED – Planning a trip to London soon? Make sure to check out our Europe Packing List for all the travel essentials you’ll need. 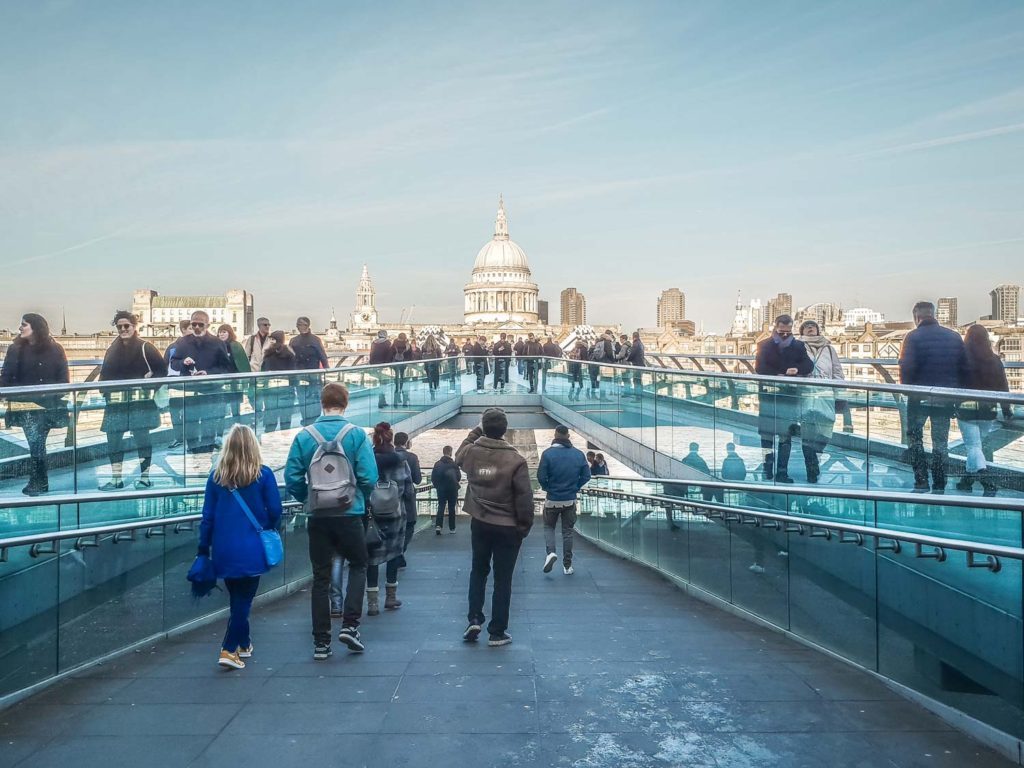 London’s got more than its fair share of picturesque bridges however the Millennium Bridge is a particularly interesting backdrop.

It’s a chance to get a bit arty – capturing the ultra-modern steel suspension bridge juxtaposed against historic London and the River Thames.

Plus, it’s pedestrian only so there’s no risk of disrupting traffic as you strike your best pose against that gorgeous London landscape.

The Millennium Bridge is beautiful by day but it’s also spectacular at night when it’s lit up and the stunning St Paul’s Cathedral seems to hover at the end of it.

Changing of the Guard 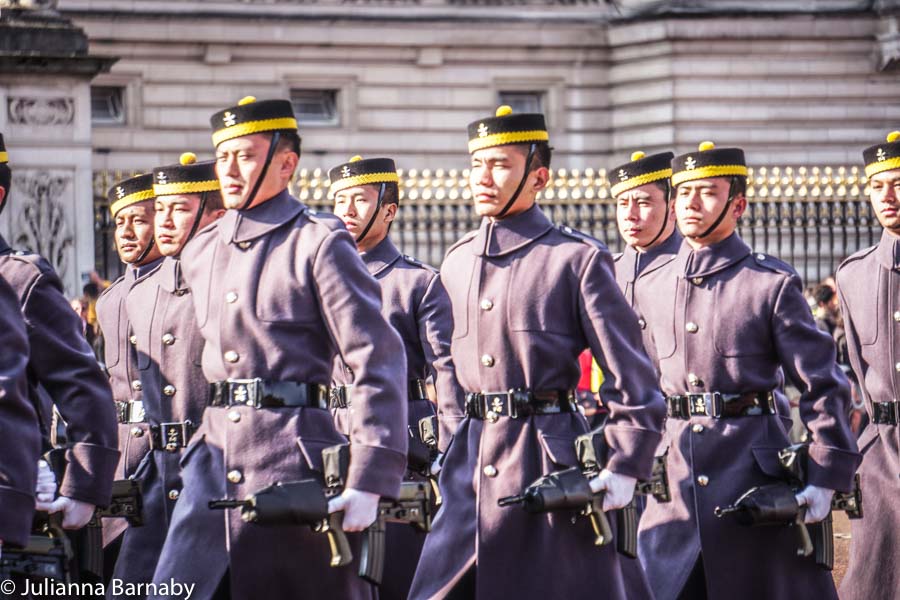 It’s as British as tea and biscuits, so there’s no doubt capturing the ceremonial pomp of Buckingham Palace is a great addition to your Instagram.

While I can’t promise you you’ll get a chance to spot Megs and Harry in the flesh, there is one guaranteed way to get an insight into the pageantry of royal life – check out the changing of the guard.

As they have done for centuries, the guards change over in an elaborate ceremony daily. It’s quite the spectacle.

It starts at 10:45 am, but for the best pics, I advise arriving a fair bit earlier and popping yourself by the statue that sits directly opposite the palace. 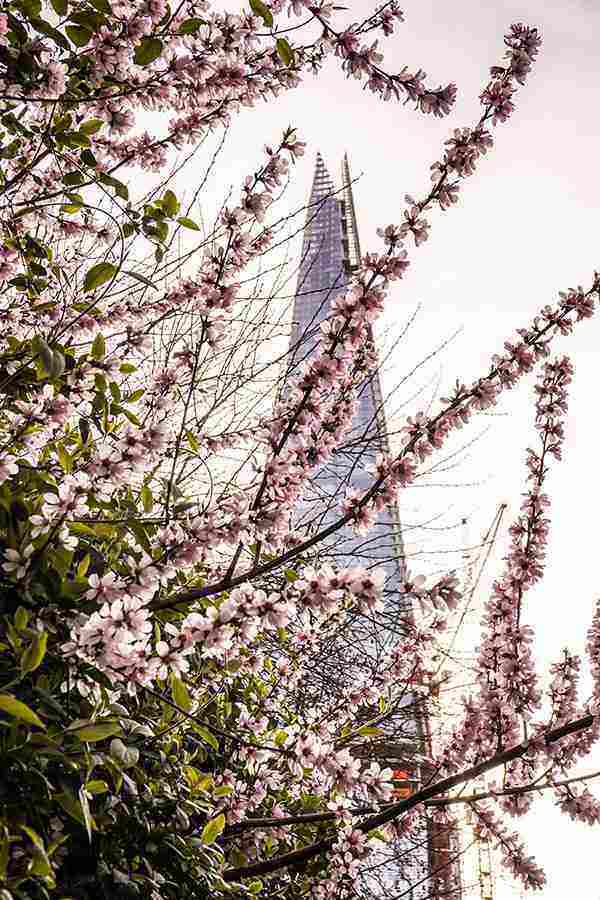 Want to get the ultimate aerial view of London? If so, head for the viewing platform at the Shard. It’s London’s tallest building, at a staggering 309 metres.

Just be warned – it will set you back to get up there. On price to height ratio, it’s one of the most expensive skyscrapers in the world.

Nonetheless, the views are jaw-dropping and sure to rack up those likes.

If you’re afraid of heights (or the financial commitment), you can still check out some of the bars a little lower down (including Gong at the Shangri La), or even get some shots from ground level. 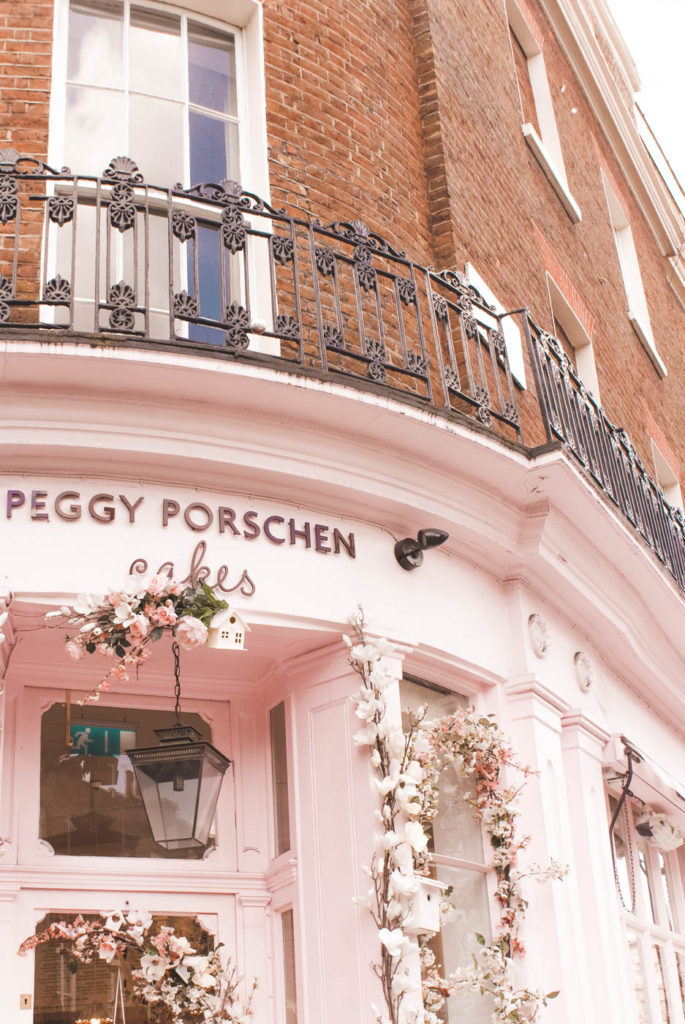 Long before extreme baking shows like Choccywoccydoodah where taking the television world by storm, charming Peggy Porschen was creating edible artworks in London.

Today, her cakes are delicious, and her gorgeous shop is one of the best Instagram spots in London. Especially if you have a sweet tooth.

Peggy has two shops, one in Chelsea and one in Belgravia, and both are a pastel explosion that are sweet and utterly charming.

You – and your followers – are sure to love the pink, blooming exterior, or snap a pic as you dig into one of her world famous cupcakes.

St Dunstan in the East 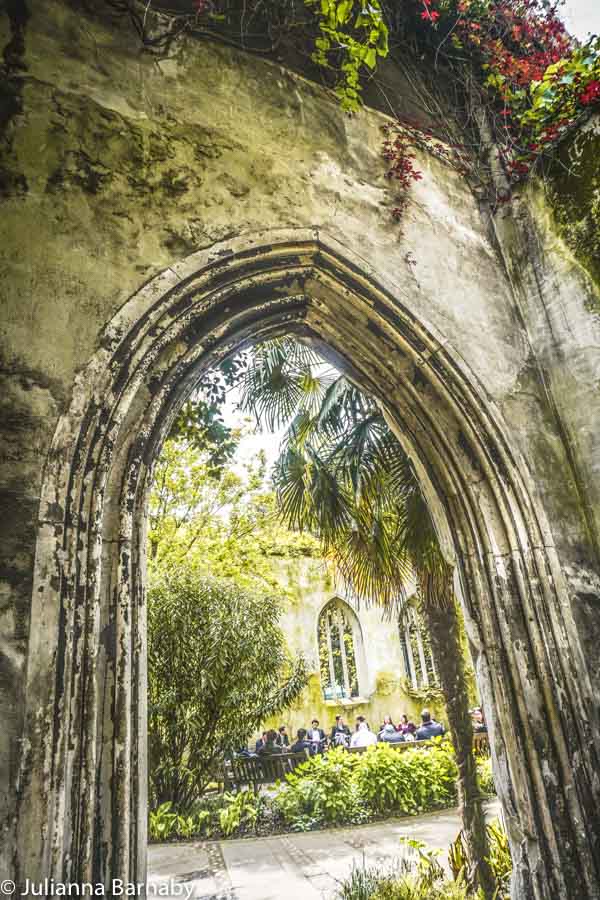 I think the most beautiful old buildings are those that tell a story, and St Dunstan in the East is certainly one of them.

Sadly, it’s not always a happy one. After being built in the 12th century, it was badly damaged by the Great Fire of London in 1666, and nearly totally destroyed in the Blitz in 1941.

Rather than rebuild it to its former glory, much of the ruins were left as they fell and the surrounding area became a public garden.

Now overgrown with plants, it’s a hauntingly beautiful place that serves as an amazing backdrop for photos.

Julianna Barnaby is a blogger writing about quirky and cool spots in her hometown of London as well as creating in-depth travel guides for destinations further afield. Her award-winning blog, The Discoveries Of helps people to explore more.


Need more inspiration for traveling Europe? Check out some of our other articles: 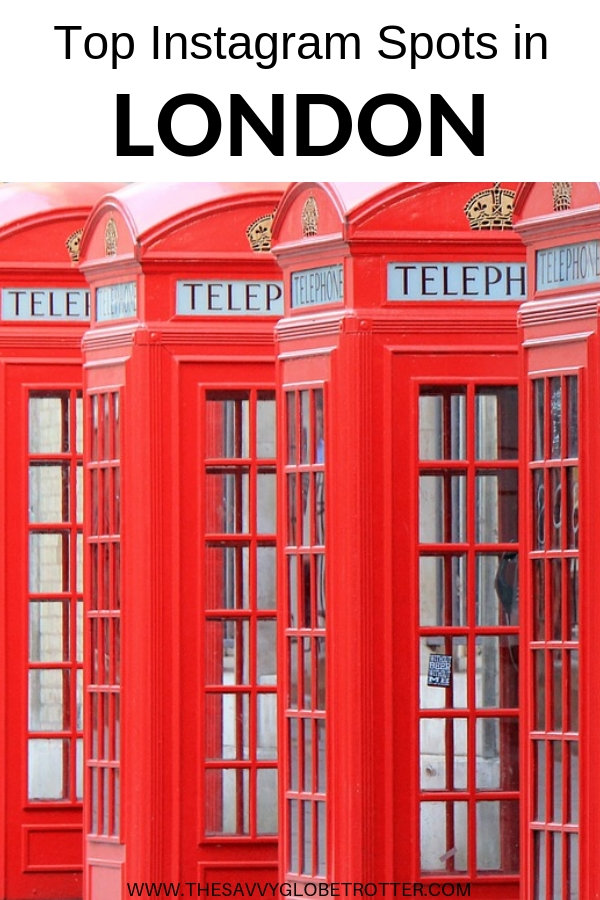 Disclosure: I am a participant in the Amazon Services LLC Associates Program, an affiliate advertising program designed to provide a means for me to earn fees by linking to Amazon.com and affiliated sites.