Did you know that having a criminal record can complicate your ability to travel? 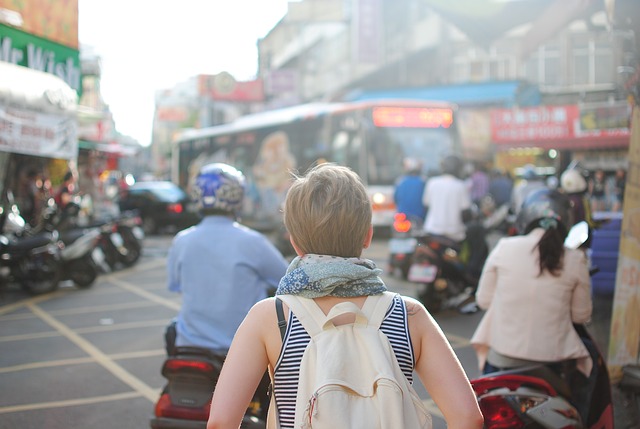 Whether you have a minor offense like a misdemeanor or something more serious like a felony, it includes an arrest and this information doesn’t disappear. Any arrests will go on your criminal record, something that will follow you for the rest of your life.

While you might be able to travel with a history of being arrested without an issue, your likelihood of encountering some form of delay increases. This can be extremely frustrating when you’re just trying to move on from a difficult past.

Some Criminal Records Are Shared

The first concept you should know is that some criminal records are shared between countries.

This mainly applies to the U.S. and Canada, who share criminal conviction information, and any countries that use Interpol.

Imagine that you live in the U.S. and want to visit Canada. Border patrol agents have access to the FBI’s National Crime Information Center (NCIC), which will alert them to any arrests when they check your passport.

Similarly, the countries that use Interpol can all communicate with one another. If a warrant or alert is issued for you, then this may appear when your passport is checked before entry.

What you should take away from this is that your criminal record is not secret knowledge. However, purely for travel purposes, you shouldn’t have an issue visiting most countries with a criminal record.

This is because most countries won’t necessarily ask about your criminal history for entry. If you want a work visa, then these questions are likely to arise.

That said, each country is different and the exact rules depend on the country that you’re visiting. You’ll need to look up the country in question and see if a criminal record affects your ability to travel there.

The most important thing for you to understand is that some countries will deny you entry based on your criminal record.

One of the strictest countries regarding this is Canada. You can be denied entry into Canada for any offense, even something minor like theft.

Other countries are a little laxer in their requirements and will focus on the severity of the crime and when it occurred. Generally speaking, there is more forgiveness for less serious crimes and those that happened several years ago.

On the other hand, violent crimes may permanently bar you from visiting any country that asks or becomes aware of this. If you live outside the U.S., then a violent crime will likely make it impossible for you to ever visit the states.

Another consideration is that your citizenship status can make it difficult to re-enter your home country, specifically the U.S.

There are two main scenarios where this can happen; committing a deportable crime and being deemed an inadmissible new entrant.

If you are convicted of any type of deportable crime, then there’s a chance that you might still be living in the U.S. and that your information was not forwarded to immigration. Now if you don’t run into legal trouble again, this might not be an issue, but it will pop up when you try to re-enter the country.

Alternatively, you can be treated as a new entrant if you are outside the U.S. for more than six months, commit a crime while you’re gone, or try to enter via an unofficial entry point. This means that you’ll need to be reevaluated for entry, which can lead to you being inadmissible.

If you’re living in the U.S., make sure that your crime isn’t deportable if you want to easily re-enter after your trip.

A final idea to think about is that expungement and record sealing is irrelevant.

The two work a little differently, but both are meant to clean up your criminal record. Expungement is a more thorough wipe, while record sealing just makes your record harder to access.

However, the important thing about expungement is that it doesn’t fully remove an arrest from your record. Expungement deletes your arrest from the public record, but it still can be seen by authoritative agencies.

This means that an expunged record can still make it difficult to travel. For the example of entering Canada above, you can still be denied entry based on an expunged conviction as it is still viewable on the FBI’s NCIC.

Be honest about your criminal record because you will get caught in a lie. If this happens, you can be banned from entry for several years without a chance of appeal.

While having a criminal record can make it difficult to travel, there’s a good chance that it might not affect you. Not all countries ask about your criminal past for entry purposes and this will make for an easy trip.

Alternatively, several countries do care and will ask about any criminal history. Because of this, it’s important to know that some countries share information about criminal records.

Furthermore, you can be denied entry into a country based on a former conviction. You can also be denied re-entry should your citizenship status come into question. Don’t forget that expunged records don’t disappear and they can still be viewed on the FBI’s NCIC.

Your best option is to research the country you want to visit and see what their policies are. Traveling with a criminal record is not impossible, it just might require a little extra work!