Tuscany is undoubtedly one of the most important Italian wine-growing regions thanks to its famous labels of international fame. A real jewel of world oenology, with an extraordinary variety of wines of Tuscany with different characteristics and a millenary history. The typical Tuscan landscape speaks for itself: Kilometers and kilometers of splendid rows stretching over the hills of Chianti or immersed in the postcard views of the Val d’Orcia and Val di Chiana. 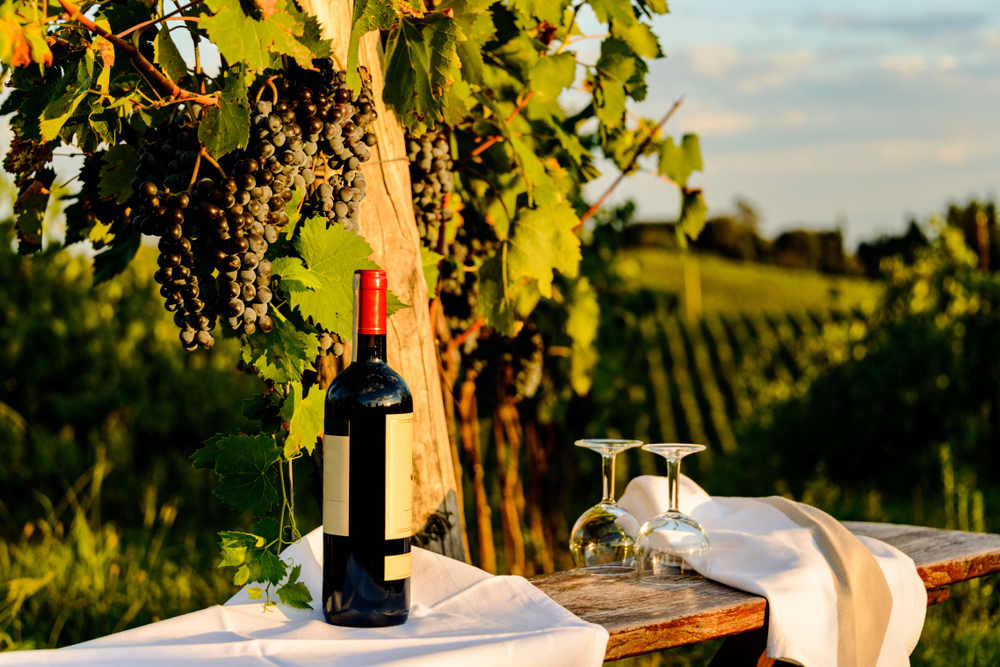 The history of wines of Tuscany

The history of wines of Tuscany is, as in all of Italy and the entire Mediterranean, a tradition as old as the human presence in this territory. Today Chianti, the best known wine in Tuscany, is a reflection, an image, of the Italian essence. Chianti is simply the wine that symbolizes Italy. Beyond the topics, this fact helps us to highlight the importance of wines of Tuscany. In addition, in recent years the quality of the wine has improved a lot and the region has been directed towards producing quality wines and not simply increasing production. Thus the Chianti and the rest of the wines of the region have diversified, achieving very good qualities and varied flavours.

The origins of viticulture in Tuscany date back to the Etruscan period, but only in the Middle Ages, wine became an essential product for trade. Chianti wine was first spoken of in the 1300s. In 1700, this wine was mainly produced with Canaiolo Nero to which was added a small amount of Sangiovese, Mammolo and Marzemino. In 1872, Baron Bettino Ricasoli formulated his famous recipe still used today by many producers. The Ricasoli recipe mainly used Sangiovese grapes, to give Chianti vigor and aromas, adding Canaiolo Nero to soften the acidity. Towards the 1960s, some producers decided to boost Tuscan winemaking by creating body wines produced with international grapes and aged in barrique. At the time, these wines were totally unrelated to local oenology, so they did not find a place in any protected denomination and were classified as “table wines”.

Reds and whites in Tuscany

Wine production covers the entire territory of Tuscany, and the hill slopes are dotted with vineyards everywhere. The vineyard area of Tuscany is almost 60,000 hectares and ensures a production of more than 2 million hectoliters of wine. The Tuscan viticulture is practiced mostly in hilly areas, allowing to obtain high quality wines both white and red, of great structure, and easier to drink.

For instance, there are not only reds in Tuscany, but also great whites. If up until a few years ago this typology did not enjoy great prestige at international level, now the scenario has changed, thanks also to the revival that led to the promotion of Vernaccia di San Gimignano as the first DOCG white wine of the region. Not to be forgotten, the Vermentino, which has spread in the hills of the coast as a variety of white that represents a real promise in the wine world.

Finally, speaking about the very complete Tuscan wine scene, dessert wines such as the historic Vin santo cannot be missed, made with partially dried Malvasia and Trebbiano grapes and aged in small oak barrels.