Are you taking a flight to Paris this year with your kids? Paris is known as a romance filled destination but there are plenty of things to do with kids while you are there starting from the Eiffel Tower, museums, thousand-year-old churches, gardens and other exciting tours. Here is a list of 10 things we found out for your itinerary.

The Eiffel Tower is a structure that is adored by everyone in the world so your kids will be thrilled to see it up close! It is the tallest structure in Paris and measures to a height of 324 meters. A recommendation would be to take up the stairs and then the elevator at the last part if you want to reach the top. In this way, you will be able to admire the scenery and the structure of the tower as you climb. Make sure to book your tickets in advance if you want to skip the crowds. 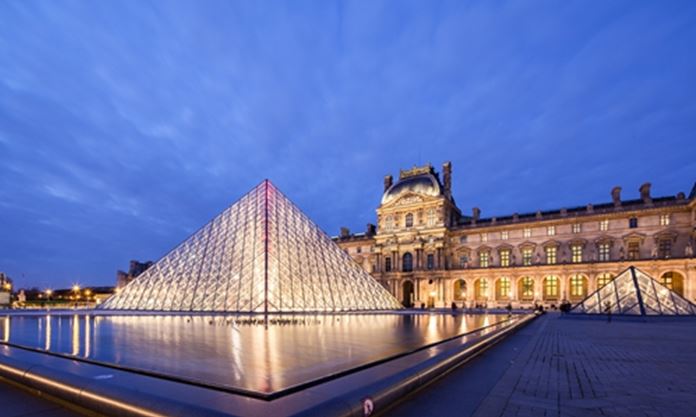 The Louvre is the world’s largest museum and therefore, everything cannot be covered in a single day. It is better to make up a plan on what you are going to see as you are travelling with kids. They might get too tired if the tour is long. The Louvre Museum served as a royal palace before it was converted to a museum. The architecture you see here – baroque-style is impressive. There are more than 38,000 items on display and like I said you won’t be seeing everything but don’t forget to check out Leonardo da Vinci’s “Mona Lisa,” which is the most popular painting in the museum.

Disneyland Paris is a combination of entertainment venues with Parc Disneyland and Parc Walt Disney Studios. It is suitable for kids of all ages. A suggestion would be to buy the Fastpass ticket if you are trying out the rides as this can avoid long queues. For small kids, there is the Fantasyland and the Discoveryland with all the cartoon characters like Mickey Mouse, Alice, the Wicked Queen, Judy from Zootopia and Buzz from Toy Story. Rides like Twilight Zone Tower of Terror are available for older kids.

Notre-Dame de Paris is a medieval era Catholic cathedral in France. Visit this cathedral after watching the Disney movie ‘Hunchback of Notre Dame’ to make your kids more exciting on the trip! Notre Dame Cathedral also has an impressive architecture. The gothic Roman architectural style is seen throughout the cathedral. You can explain the importance of the visit and teach your kids to act with respect while exploring the sculptures of gargoyles and other biblical characters. 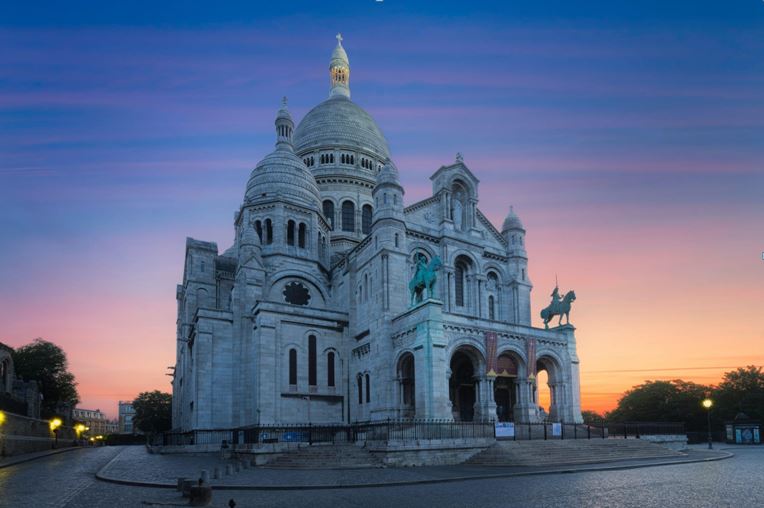 Image by Julien FROMENTIN @ / Getty Images
Sacre Coeur which is also known as ‘The Basilica of the Sacred Heart of Paris’, is a Roman Catholic church located in a picturesque setting in the highest point of Paris. The entire church is white. The construction of the Sacre Coeur began in 1875 and was completed in 1914. It significantly celebrates the events and the end of the Paris Commune of 1871. Make sure to spend some hours at the top and enjoy the views of the city. You can also visit the park near the church and let your kids play to their heart’s content.

Luxembourg Gardens is one of the most beautiful outdoor settings in the city of Paris. It served as the garden of the Luxembourg Palace in the 1600s which was the residence of Marie de’ Medici, the widow of King Henry IV of France. You can also see a fountain named the Medici Fountain within the garden. It is a place of interest for kids as it allows them to sail wooden boats. Puppet shows are available in the garden for those who are interested. A recommendation would be to visit the Luxembourg Gardens in the mornings or evenings to escape from the scorching sun.

The National Museum of Natural History, overlooking the banks of the Seine River is a place not to be missed in Paris. It was originally established as the royal park of King Louis XIII in 1653 and later after the French Revolution it was converted to a museum. Your kids will love the animal exhibits in this museum. Your kids will be excited to see the large collection of stuffed animals from all over the world! There are over 5000 stuffed animals starting from elephants, giraffes, zebras and much more.  Galerie de Paléontologie et d’Anatomie comparée is for kids who love dinosaurs and the Jardin des Plantes with different species of plants is for nature-loving kids.

The Arc de Triomphe is the second most iconic structure in Paris after the Eiffel Tower. It was constructed in the 19th century to honour the French soldiers who died in WWII. There is a crypt of an unknown soldier underneath the location of Arc de Triomphe. The design is quite impressive because of the Roman Neoclassical architectural style. You can get your kids to the observation deck at 50 meters, they will be thrilled to see the panoramic views of the city, especially at night.

The Jardin d’Acclimatation is the place to go in Paris if your kids are bored from all the adult stuff and want to have some fun in an amusement park. This amusement park has all in one; a playground, a zoo, a garden and a funfair. There are many rides for small kids including the merry-go-rounds, bumper cars and for older kids, there is an adventurous zip line ride! The Norman Farm is the highlight of the Jardin d’Acclimatation, particularly for small kids because it is a Norman styled farm with cows, sheep, chicken, ducks, pigs and other farm animals.

Parc de la Villette makes a different kind of setting for its visitors with many activity areas for adults and kids alike. It is a park dedicated to arts and science in Paris. The design was done by the famous architect Bernard Tschumi. You can have a morning or an evening stroll in one of the 12 themed gardens in the park. There is the Garden of the Dragon, the Garden of Mirrors and the Garden of Childhood Fears are worthy of a visit. However, the highlight of the Parc de la Villette is La Geode which is a giant globe made of steel that houses a cinema with a seating capacity for 400 people.