A vacation to Ecuador offers something new and exciting for everyone in the family. Combining vacation with holidays is often a fun way to get away from the normal celebrations and experience something new. For more information, visit this blog for tips and special secrets to traveling to Ecuador. 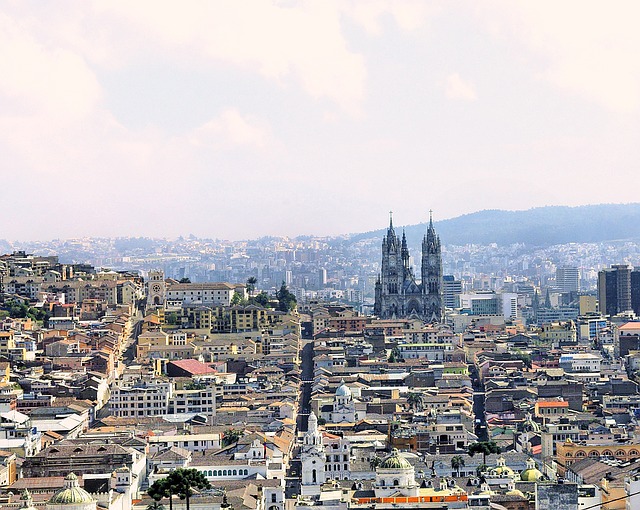 Below are 6 festivals to see while visiting Ecuador.

This is billed as one of the most fun festivals you will attend. It takes place on December 31st and January 1st and symbolically burns the year just past.

The burning of Año Viejo, the year-old doll, is created with sawdust, cardboard, and newspapers. This doll or puppet represents famous personalities, loved ones or politicians and symbolizes all that was bad in the last year and celebrates all the good things to come and new beginnings in the new year.

Many of the puppets are extremely large and therefore expensive. They are often sponsored by big business. At midnight on the 31st, the large dolls are set on fire to banish the old and the bad and welcome the new and better.

The Sun Festival or Inti Raymi takes place on the longest day of the year, June 21st, although it can last into July some years. It is a joyful and colorful celebration of the Andean Summer and gives thanks to the sun.

Traditional drinks, the Chicha de Jora, are served and the customary dance of San Juan is performed.

One of the major celebrations takes place at the Saqsaywaman Fortress located on a mountain top and contains a complex maze of ruins that overlooks the Cusco City. There are over 500 actors, dressed in traditional Incan costumes, that parade up and down the path, giving thanks to the Sun God.

The Corn Festival or The Yamor Festival began just over 50 years ago and is a combination of Catholic traditions and the Koya Raymi – the fertility of the sun and the moon ritual.

Brewed with seven different varieties of corn, Yamor is the result in beverage form and is distinctive to this area. This beverage is free during the September festival and includes live music, cockfighting, bullfighting, dancing, swimming three miles across the freezing lake, a procession of characters, cart races, and much more fun for the entire family.

This festival, which celebrates the indigenous groups of Kichwa Otavalo and Kichwa Cayambi people, honors the Andean agricultural cycle, especial corn because it is the symbol of fertility.

It also pays homage to Mother Earth and Nina Maria, the Virgin of Otavalo, a Catholic patron saint.

The Devils of Pillaro or La Diablada de Píllaro is celebrated in January each year and lasts for the first six days of the month. The celebration is “bizarre” by most standards as it has thousands and thousands of imps dancing the Diablada in the streets all day and night.

There are three main characters involved in this weeklong festival, Capariche and Guaricha and the Devil. This is a throwback to the colonial era and conjures up the images of the Mestizo and Indigenous Rebellion against the Catholic religion.

The person dressed in the Devil costume is a representation of the rejection of the preaching from the priests. It is also a disguise for the psychological, physical, moral, and economic abuse that came from Spain.

On the 6th of January, celebrations turn to The Epiphany or the Three Kings Day. This is a Catholic holiday that commemorates the Three Wise Men and the day Jesus was baptized when he was 30.

The Ecuadorian Mardi Gras or Carnival is celebrated approximately 40 days before the Catholic fasting period, which is typically on a Monday and a Tuesday.

Father Carnival or Taita Carnival will begin the procession, as he has been nominated to his position prior to the carnival. The children and teenagers of each town squirt festival goers with water balloons, buckets of water, and water guns.

The traditional festival integrates the indigenous people’s carnival of the moon when everyone throws flour, flowers, and water. In some cities, people will spray everyone, even strangers, with shaving cream to save water. In other communities, they throw fruit. The city of Ambato holds a festival of Fruit and Flowers. There is the same type of parade, a beauty pageant, dancing and music, and fireworks, but none of the water.

Some families and groups of friends stage all-out war on each other as there are no “rules” to Carnival. All the festivals celebrate the gratefulness of abundance before the choice of fasting.

Holly Week or Semana Santa is celebrated in Quito City beginning on the second Sunday of April. This is a theatrical procession that recreates Christ’s journey, carrying the cross.

The city of Quito throws one of the largest Semana Santa, although several other towns have similar, yet smaller celebrations. There are penitents that re-enact the suffering go all out with bare feet, paying, whipping their backs, or wrapping nettles or chains around their ankles and/or heads. They are dressed in purple robes and carry heavy crosses for a 5-hour period of time.

If you are planning a trip to Ecuador, check to see which holiday is going to be celebrated when you are there. This is only six of the most popular festivals, and most of them are fun for the entire family.

When you are making your reservations, ask the person if they are familiar with a certain festival in the month you will be traveling to Ecuador. The chances are good that they may know of some type of celebration or festival that is not listed for the general public. Don’t be afraid to ask, you just never know what type of fun could be in store for you and your family.