This is a sponsored post written by me on behalf of Nebraska Tourism. All opinions are 100% mine.

When most people think of Nebraska they probably think of beautiful scenery and wide open spaces. While the Cornhusker State is indeed full of natural beauty, there are so many more reasons to Visit Nebraska. Vibrant cities, unique attractions and friendly people all guarantee visitors a fun stay.  Still not convinced? Here are my top 7 cool things to do and see in Nebraska: 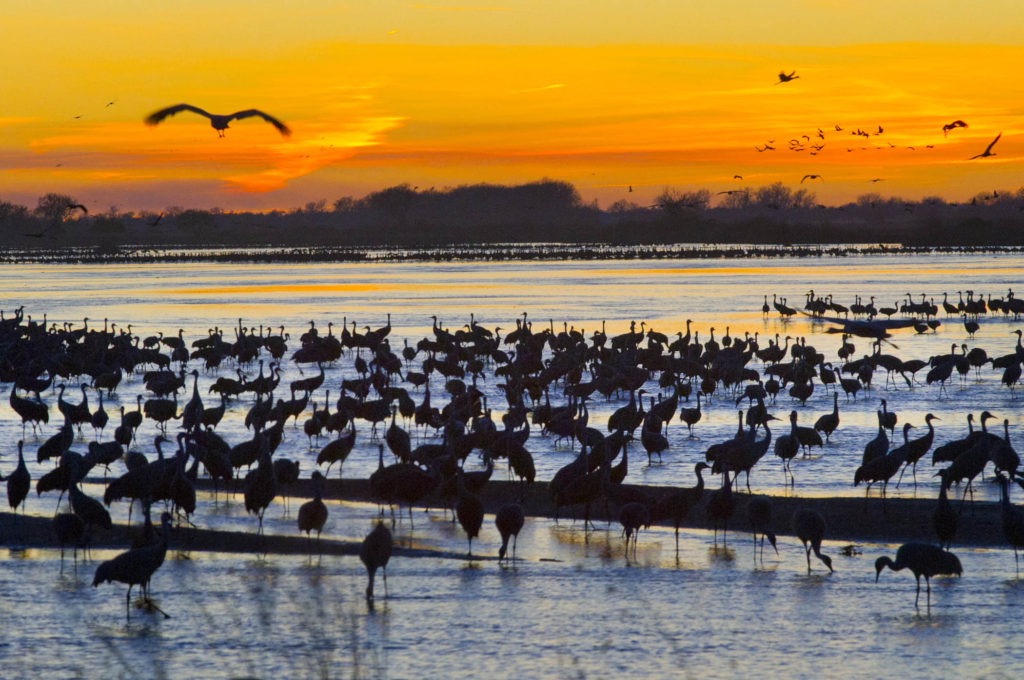 You don’t have to be a bird lover to appreciate one of the world’s greatest wildlife migrations.

Each spring, more than half a million Sandhill Cranes (approximately eighty percent of the planet’s sandhill crane population) congregate along Nebraska’s Platte River during their annual migration.

The action usually begins on the Platte River in late February, peaks in mid March and has a mass exodus mid April.

One of the most spectacular sights of the migration is the Crane dance – there will be bowing, jumping, wing flapping and stick tossing for all to enjoy.

Interested in learning more about cranes and checking out some Nebraska Events?  Try the annual Nebraska Crane Festival in Kearney for speakers, field trips and other activities. 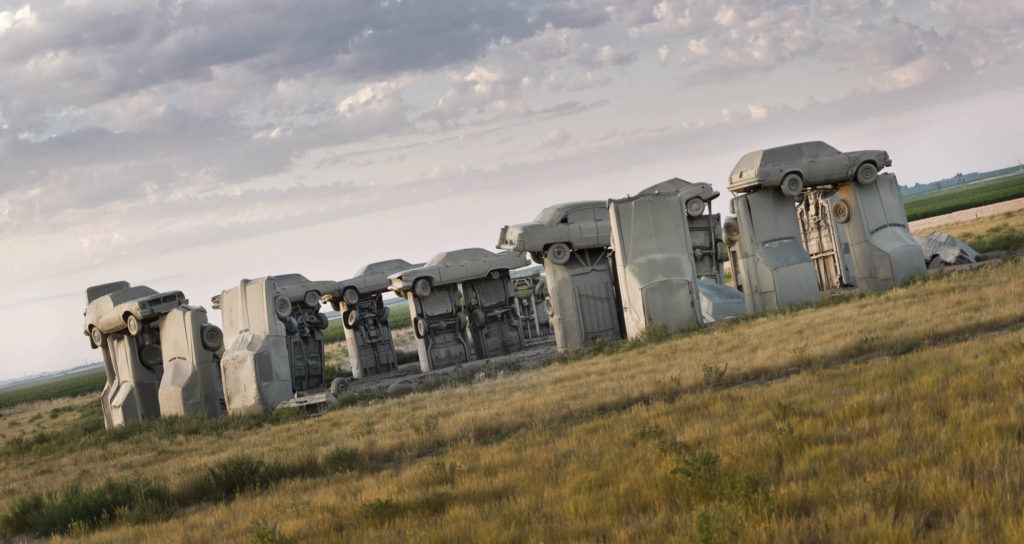 This quirky man made attraction is a replica of England’s Stonehenge.  Built from 38 vintage American cars (hence the name Carhenge) and covered in gray spray paint, this attraction is not something you will encounter anywhere else but Nebraska.  Considering a summer visit?  Note that Carhenge will be in the direct path of the Total Solar Eclipse in August, 2017. 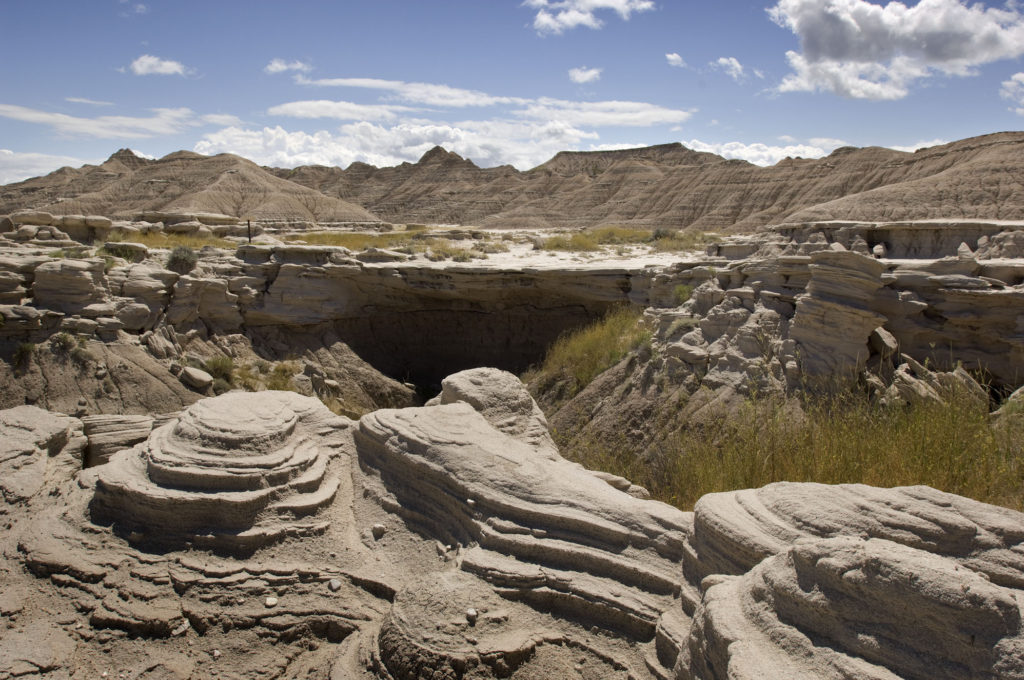 Even if geology isn’t really your thing, you can’t help but appreciate the unusual geological formations in Nebraska.

Toadstool Geologic Park is definitely a must see for unusual rock formations and fossils. The “badlands of Nebraska,” Toadstool is aptly named for its mushroom shape.

Chimney Rock is an iconic landmark featured on the back of the Nebraska state quarter.  The Rock is a natural geologic formation that rises approximately 300 feet above its surroundings. Layers of volcanic ash, clay and tough sandstone protect the spire.

Also worth a visit is Scotts Bluff National Monument.  Composed of five rock formations and containing multiple bluffs, it is actually named after the most prominent bluff. Several hiking trails and a bike path are a great way to explore the area.  Drive or hike to the top if you want to enjoy some awesome views.

Covering over one quarter of the state, Sandhills or Sand Hills is one of the largest grass-stabilized dune regions in the world.  The Niobrara River flows through the Sandhills region, cutting through several rock formations.  Over 230 waterfalls can be found along the westernmost part of the Niobrara, including Smith Falls, the highest waterfall in Nebraska.  The river is also a great spot for canoeing.

Even though Nebraska is famous for land and natural beauty, it has no shortage of vibrant cities. Omaha and Lincoln, Nebraska’s two largest cities, are sophisticated and fun with many interesting attractions.

Some cool things to see and do in Omaha include: shopping the Old Market, Henry Doorly Zoo and Aquarium, Gene Leahy Mall (a 9.6-acre park), dining at one of Omaha’s great restaurants (The Boiler Room is a great choice) and enjoying live music at The Waiting Room Lounge and The Holland Performing Arts Center. If you visit Omaha during the holidays be sure to check out the Holiday Lights Festival with more than 40 blocks of lights.

A unique attraction in Omaha is the Durham Museum – a restored Art Deco train station that has been turned into a museum. The museum contains train cars you can walk into as well as a soda fountain from the original train station that sells floats and sundaes.

Lincoln, the State Capitol, offers big city style with the friendly hospitality Nebraska is known for.

Most of the action in Lincoln centers around the historic Haymarket district and the newer Railyard district. These side-by-side entertainment areas are full of restaurants, bars and live entertainment.

Two unique attractions in Lincoln include the Museum of American Speed (featuring a collection of racing history and automobilia) and the National Museum of Roller Skating, containing the largest collection of historical roller skates in the world- including actual skates, wheels and costumes used by champion skaters.

Arbor Day Farm in Nebraska City is the home of the first Arbor Day celebrated in the United States. National Arbor Day, a holiday celebrated every year on the last Friday in April, encourages people to plant and care for trees. In Nebraska, it’s a civic holiday.

Arbor Day Farm Tree Adventure is a fun educational place for the whole family. In addition to learning about trees, other fun things to do include apple picking in the orchard and climbing a 50 feet high tree house.

7) Glamping at a Vineyard 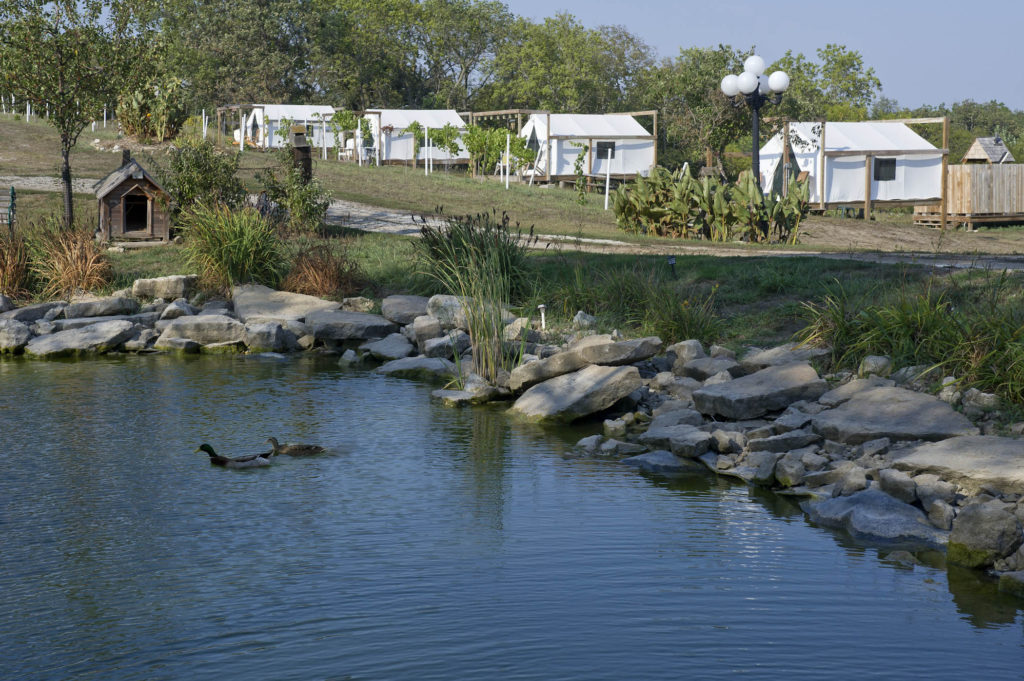 Glamping, or glamour camping, is a great option for anyone who enjoys camping but doesn’t want to give up certain comforts.  This is especially fun when paired with lots of wine.

Slattery Vintage Estates Vineyard & Tasting Room, a vineyard located between Lincoln and Omaha, features a tasting room with 55 Nebraska wines, 14 wines from other regions around the world and a variety of beers.  It also offers lodging in furnished tents overlooking the vineyard.  Make no mistake – you will not be roughing it.  Tents are furnished with electricity and fans/heaters.

So, whether a fan of natural beauty, vibrant cities, or unique attractions Nebraska is a great destination for everyone.

Disclaimer: This article contains affiliate links. This means that if you buy a product after clicking on these links, I may earn a small commission (at no additional cost to you) which helps pay for the running of this site.