Spain is one of the most popular countries in Europe to visit—and with good reason. The combination of sun, sand, and sangría is a big draw for those looking to relax, while the country’s fascinating history and impressive buildings like the Alhambra and the Sagrada Familia provide the wow factor. The trick with popular destinations like Spain is to know when to go to get good weather but avoid the crowds of tourists.

For those planning to relocate to Spain, the time to move depends more on your work situation and whether you already have a job lined up. 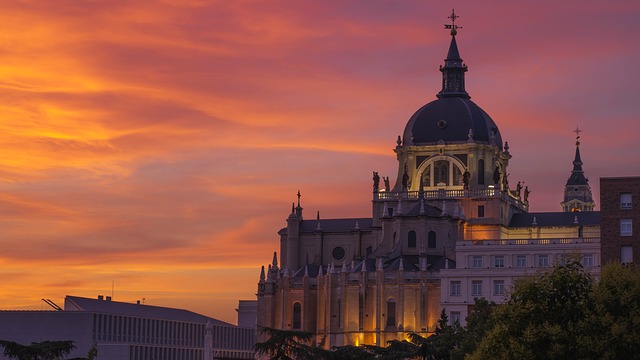 The Best Time to Move to Spain

If you have a job offer, simply move when your new employer needs you to start. On the other hand, if you’re an EU citizen and plan to apply for jobs when you get to Spain, bear in mind that some industries have more vacancies at certain times of the year.

If, like many foreign nationals moving to Spain, you want to teach English, it is best to move in the summer. This is the time when schools and language academies are recruiting staff for the start of the school year in September.

There may also be vacancies between Christmas and the New Year, making December a good time for teachers to relocate to Spain.

If you come from a country outside the EU, you should research how to get a work visa before planning a move to Spain.

The middle of winter might not seem like the ideal time of year to go to Spain, but there are plenty of pros to coming in January.

Christmas festivities in Spain continue until 6th January, which is known as the Día de los Reyes Magos. This is celebrated with parades throughout the country, where local figures throw sweets from floats to the children in the crowds.

The other big advantage of visiting in January is that it is the low season in Spain. It is a great time to avoid crowds of tourists and find better deals on flights and accommodation.

However, the weather can be fairly chilly, particularly in the northern part of the country, where there may be snow. Along the Mediterranean coast, however, winters are mild compared to the rest of Europe.

The weather in February is still cold compared to the rest of the year, and high-altitude regions such as the Pyrenees will be snowy. It is more temperate in the south, although you will still need a jacket.

If you are looking for a fantastic slice of Spanish music and dance, the city of Jerez hosts a Flamenco festival every February.

Carnivall also often falls in February (just before Lent) and is celebrated all over Spain. It sees people take the streets in costumes, with parades, music, entertainment, and parties wherever you look.

The weather in Spain is generally still cool in March, but is beginning to warm up. However, if you want a beach holiday, it is best to wait a month or two.

April is a good time to come to southern Spain and the Mediterranean coast. Temperatures are generally pleasant and comfortable and sunny days are frequent (although Spain is not immune to April showers).

Spring is something of a shoulder season, so if you visit at this time you can expect it to be less crowded than in the summer months—even in cities like Barcelona and Madrid.

Key events at this time of year include the Feria de Abril in Seville, which is famous for its flamenco music and dancing, and the Feria del Queso in Trujillo (Extremadura)—literally a three-day festival of cheese!

May is still relatively quiet as the summer tourist boom has not yet begun and the weather is pretty much ideal. The days are generally sunny and with average temperatures being around 20°C (68°F), it is pleasant and comfortable—ideal both for exploring Spain and for spending the day at the beach.

There are also various festivals at this time of year, including the legendary Primavera Sound music festival in Barcelona and the WOMAD World Music Festival in Caceres.

The first month of summer, June is a little pricier and a little busier than previous months. It is also hot, so if it’s warm weather that you are looking for, this might be the time of year to come to Spain.

While the whole country sees high temperatures in June, the hottest part of the year is yet to come. For many people, June is the best time for a sun-and-beach vacation as the Mediterranean coast is not overbearingly hot and humid yet.

July is the busiest time of the year in Spain as Europeans flock here for their summer vacation and Spaniards themselves head to towns by the coast. Beaches can be a little crowded, especially in the south and the demand pushes prices up.

If it’s hot weather that you want, this is a good time of year to visit Spain. It is ideal for long days at the beach.

If you want to try and avoid the crowds and the overbearing heat of the south, try the north coast of Spain. Regions like the Basque Country, Cantabria, and Asturias are less well-known and less popular with international tourists, but feature areas of beautiful coastline and countryside. The heat is a lot more bearable too.

The hottest month of the year and one of the busiest, August is similar to July. Andalusia and Catalonia are popular, but can be incredibly hot and humid. Book a room with air conditioning is essential.

Several neighborhoods in Barcelona celebrate their local fiestas in August. The Festa Major de Gracia stands out as something to experience. Marvel at the massive homemade street decorations, while stages and bars erected in the streets and squares create an infectiously fun and vibrant atmosphere.

Meanwhile, in the north of Spain, the Basque cities of Bilbao and San Sebastián celebrate the Semana Grande in style with street festivities and huge fireworks displays.

September in Spain is a lot more comfortable than July and August, but still sees plenty of hot, sunny days. It is also much less crowded as the school year starts and fewer holidaymakers arrive on Spanish shores. This makes it an ideal time of year for beachgoers.

September also marks the start of the harvest season, making it a great time to sample the best Spanish wines. Head to La Rioja (Spain’s wine country) to join in the crushing of the grapes and celebrations of the San Mateo Festival.

Tourism has well and truly died down by October. It is the shoulder season and you can enjoy quieter cities and mild weather at this time of year. In the Balearic Islands and the Canary Islands, however, it is still warm and sunny, with temperatures in the mid-20s°C.

If you are a surfer, October is the month to head to northern Spain. Galicia, Asturias, Cantabria, and the Basque Country each have surfing hot-spots. However, these areas also see temperatures falling faster than other parts of the country, so bring a wetsuit.

The northern region of Navarre is a great place to see the trees change color— the fall foliage in Irati Forest near the French border is particularly stunning.

Spain really starts to cool down in November. While the south remains fairly pleasant, the northern regions of the country can be crisp.

December sees Spain at its most festive. Christmas illuminations light up the whole country from the villages of the Pyrenees to the streets of Malaga. Seasonal markets spring up in Barcelona and Sevilla and nativity scenes in Catalonia have an interesting twist.

This is the low season, so accommodation and flights are generally very affordable and many areas are quiet.

The exceptions are the ski resorts in the mountainous areas of Spain. If you are a skier or snowboarder, this could be the time of year to head to the Pyrenees or the Sierra Nevada.

Be aware that in the north it can be quite cold and areas of high altitude can experience heavy snow.

Daniel Moore is an experienced content writer. He is associated with many renowned travel blogs as a guest author where he shares his valuable travel tips with the audience.