Traveling like a baller is basically finding ways to travel in style without necessarily having to pay huge amounts of money. At the same time, it doesn’t mean holding to a strict budget either. The idea is to spend where necessary and to skimp or save in other areas, where not necessary. Travel these days has turned into what some might say is fast approaching an abomination. Hearing the media’s inflammatory reports of airline passengers being forced off of planes and so forth has caused many to think about ways to try to improve their flying experience as much as they can. Air travel is an essential for many, so not traveling in this way is simply not an option. 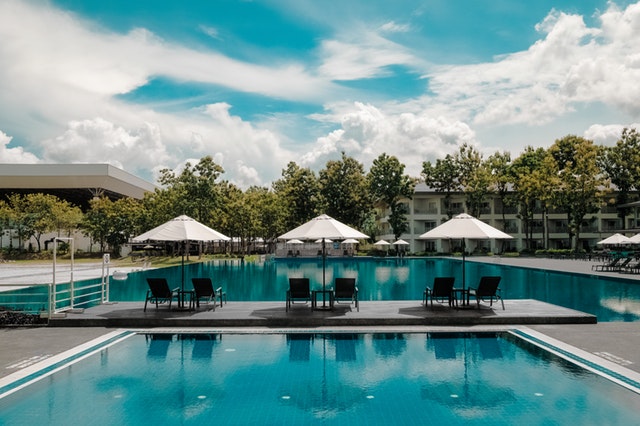 Here are three surefire ways in which you can travel like a baller and enjoy your journey.

Check Out the Lounge

Surely you’ve wondered about the airline lounges as you passed by them. More than that, surely you’ve wished you could go and hang out in one, whether it’s been the Admirals Club or another chic-looking refuge. Well, you can. What’s stopping you? You don’t have to be a VIP to enjoy the leather chairs, free food, open bar and other offerings. Kick up your airport routine for a change by asking about what the fee is to wait in the lounge area instead of the general waiting area and pay the fee proudly. There’s typically an annual fee as well as a daily fee for those who don’t want to commit long-term. If you’re a frequent flier of the airline’s, you get to enjoy the privileges of its lounge for free. Moreover, certain credit cards have a points reward system that may allow you to take advantage of these lounges at no cost.

Travel in the Low Season or Off-Season

Everyone travels at the same time apparently, namely what the airline industry calls the high season. That’s why every time you try to book a trip during Christmas, Thanksgiving or the summer months, for example, flights are either booked solid or flights cost you an arm and a leg. Why not book a flight outside these so-called blackout dates that airlines have? Book a flight in the shoulder season, a period that’s considered to be between April and mid-June and that also includes September and October. Optionally, you can book a flight in the low season, which is generally considered to be the period between November and March (sometimes April is included), according to Rick Steves, a travel guidebook author and the famous host of a long-running travel series. What you gain is plenty. You get cheaper flights, probably better seat choices, and an increased chance of being upgraded since the plane may not be anywhere near full, just to name a few benefits.

When you fly commercial, you might save a lot, but you also don’t get much either. Indeed, airlines are increasingly nickeling-and-diming fliers and those fliers are feeling the pinch—the Department of Transportation’s Air Travel Consumer Report revealed consumer complaints were up by as much as 30 percent in 2015 over 2014. Private jets, on the other hand, offer amenities and an overall travel experience that people only dream about. Now, it’s possible to purchase a seat on a private jet via one of the growing number of companies offering these services but at a far lower cost than what is typically charged. In other words, you don’t have to be rich to partake. These new companies are taking advantage of the fact that plenty of private jets take off with more than one empty seat aboard that could easily be filled. One gigantic bonus to flying private is the ability to enjoy your entertainment in a five-star way. You can use your tablet or smartphone to stream incredible entertainment offerings, such as your favorite movies or music, no need to stair at a big, bulky screen lodged onto the back of the seat in front of you like on a commercial flight. The type of entertainment that’s offered on commercial flights pales in comparison to the type of aircraft entertainment system that private jets offer. The kicker to traveling by private jet is not having to deal with the Transportation Security Administration.

Travel doesn’t have to be a nightmare. There are plenty of ways to modify your typical travel routine so that you can have a one-of-a-kind journey. Use one or more of the previously mentioned suggestions either individually or collectively to enhance your trip.