Kauai’s Na Pali coast is considered to have some of the most beautiful coastlines on the planet, and for good reason too.Though this rugged stretch of sea coast is very difficult to access, specially  because of the multiple sheer cliffs soaring thousands of feet above the ocean, the myriad wonders of the place are enough to attract hordes of tourists from everywhere. In fact, it is because of this remoteness, that Na Pali has till date has been able to retain its pristine wonder. This hidden paradise can now be reached either by boat or a strenuous 11 km hike from Ke’e beach. There are plenty of activities, some a bit adventurous than the others, to keep the visitors occupied in this place.

Hiking is a great way to go around Na Pali. Since it also offers an alternate challenge to reach this area, the trek to Na Pali is one of the most difficult but equally popular trail. Another good place to hike is the 10 mile long Waimea canyon trail, the largest in the Pacific region, the walls of which depict various lines caused by the volcanic activity over hundreds of years. 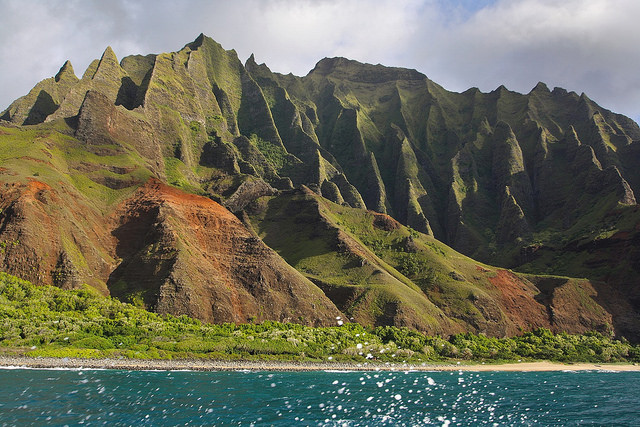 From secluded beaches, high waterfalls, exotic marine life and other maritime natural beauty, Na Pali has actually no equal than any place in the world hands down. To see and experience this spectacular aura, private napali coast boat tours are considered to be the best option. Exploring the Na Pali coast on rigid raft is surely an adventure of a lifetime. This is probably the best and only way to experience the natural wonders of the coast like the sea caves, dolphins and the endemic Honu or the Hawaiian green turtle, up close and personal.

A scenic two mile walk from Kuamoo road on the eastern side takes you to the cascading beauty of the Opaekaa falls. Falling down into a hidden pool, this major waterfall is easily accessible and forms a popular attraction of Na Pali. If you venture to walk uphill, you will be rewarded with great views of the Wailua river valley and the plains in the distance.

Na Pali Coast State Park is over 6,000 acres and has three camping sites. Visiting these is not easy but it is well worth the effort – the terrain is some of the most challenging in the world. Two sites are accessible via the Kalalau Trail and one is only accessible by boat. All of the camping sites require a permit from Hawaii’s Department of Land and Natural Resources. 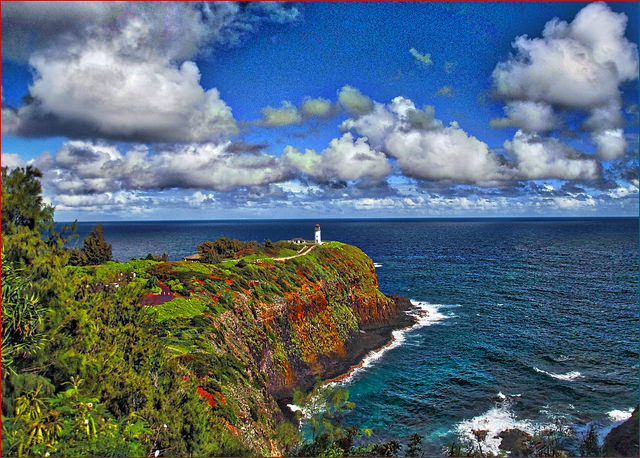 One of the island’s most popular attractions, this lighthouse was built in 1913 for guiding the traveling ships. The views offered from this vantage point of the Pacific Ocean and the miles of coastline  make for some stunning photo opportunities, unmatched elsewhere. This place also houses a sanctuary for seabirds, like frigates,boobies and others soaring or settled on a small island in large numbers. 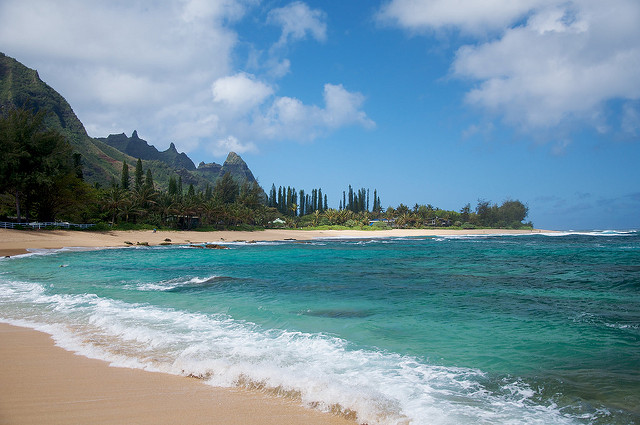 With glowing reviews from visitors, this beach is considered to be not only one of the best places for snorkeling but also to be less crowded than the neighboring beaches. There are picnic tables, public restrooms, and lifeguards on duty.

So make a trip to Na Pali and discover a unique travel experience like no other. Not only will the fresh air energize you, but the tranquillity of the place while leave you speechless. It goes without saying that there is no place on earth like Na Pali.