Scuba diving is a fun underwater recreational activity for anyone passionate about underwater adventure. It requires a handful of skills, so divers have to attend training courses to be certified to dive before going out to purchase any scuba diving equipment online. 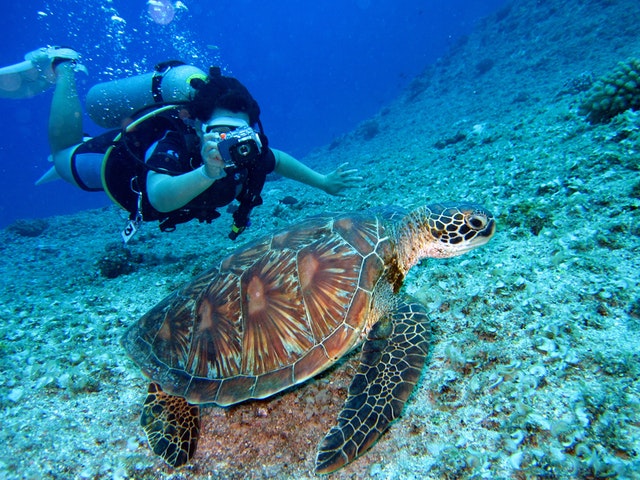 As the enthusiasm for exploring marine fauna increased, the intricacies of scuba diving have become another subject for competitive sports.

Sport diving is a competitive event wherein the divers’ recreational scuba diving skills are tested, conducted in a regulated and established swimming pool for underwater activities. The players, whether individuals or in teams, also compete over technical, tactical, psycho-physical, and gear-wise aspects.

The Marvels of the Underwater World

Scuba diving is more than just purchasing scuba diving equipment online to breathe underwater and swim across the ocean. Imagine a scuba diver gazing in awe at the world of coral reefs, different species of fishes, marine mammals and amphibians, etc.

The Great Barrier Reef in Australia, the largest of all the coral reef ecosystems, is home to hundreds of corals and thousands of fish and mollusc species. It provides the best location for beginners’ diving practices as well as for the professional divers.

Several underwater art museums such as the Underwater Sculpture Park in Grenada and the Cancun Underwater Museum in Mexico are must-see underwater attractions that feature historical and inspiring artworks. The Underwater Theme Park in Bahrain attracts scuba divers as well with its sunken ships, pearl merchant houses replica, large aircraft, artificial coral reefs, and other sculptures. Sculptors and other creators established these underwater attractions to provide guests with unique diving experiences and engage more people in understanding the importance of preserving marine life forms.

The Fernando de Noronha in Brazil showcases marine landscapes of tunnels, canyons, and rocks in crystal clear water. They are also famous for a huge variety of marine species such as sea turtles, rays, dolphins, and reef sharks. It is a volcanic archipelago, situated on a protected national aquatic park and ecological sanctuary.

Meanwhile, a fascinating underwater tale lies behind the lost city of Heracleion in Egypt. The ancient Egyptian port is believed to have disappeared due to strong waves, erasing the whole city thousands of years ago. What used to be a myth became a surprising discovery when an archaeologist found it lying 4 miles off the coast of Aboukir Bay in the year 2000. The remains of religious statues, ancient limestones, and ships backed up the rediscovery of the city.

The Perks of Being a Sports Recreational Diver

Diving results in various emotional and physical health benefits, which can be added to all the other perks of the sport like using scuba diving equipment, expansion of environmental awareness, and building good social relations.
Scuba diving helps relieve stress through beautiful interaction with marine life. It allows divers to gain strength and flexibility, while diving promotes steady breathing. In fact, diving is an ideal sport for people with asthmatic and lung-related injuries, for it improves blood circulation, concentration capacity, and has calorie-burning capabilities.