Since the 80’s Costa Rica has lured visitors with its diverse ecosystems, adventure excursions, and a pura vida feel. There are countless articles out there telling you all about its beautiful beaches, exotic rain forests, volcanoes, and natural hot springs. However, there may be some things you may be surprised to find upon arrival. So, here’s what you should know before traveling to Costa Rica.

When most people think of traveling through Latin America, they immediately assume that the rate of exchange is in favor of the dollar. Though you’ll get something like 550 colones for every dollar, the prices are typically comparable to that of the U.S. There’s no way to visit Costa Rica on a “shoestring budget”. Expect to spend $20 minimum per day on food alone. The cheapest accommodations can be found for around $10/night. Renting an Airbnb in Costa Rica is usually more affordable than hotels.

One occupation that always seems to get the most attention from expats abroad is teaching English. Costa Rica strives to be a bilingual country, and therefore the importance of learning English at a young age is becoming the norm. If you’re equipped with a Bachelor Degree and TEFL certificate, you can apply to teach English in Costa Rica. Jobs are available at public schools or private institutions. However, the demand for jobs depends on the region, and pay is based on the cost of living for that area.

As Costa Rica continues to increase in popularity, its diversity increases as well. A large expat population has slowly risen to include students, volunteers, interns, travelers, and others who have fallen for the Costa Rican lifestyle. In San Jose, you will realize the diverse crowds at the bars, cafes, and shops. If you plan on making the transition, it’s easy to meet others on facebook groups and home share stays, which are really popular in the capital city.

Costa Rica is a small country with lots to offer, making it the perfect destination for travelers. Driving in another country can be frustrating when you’re unfamiliar with the traffic laws, roads, and infrastructure, but the public transportation relieves you of that. Getting from one region to another is rather easy when using the bus systems. There are many which go to different parts of the country, so it’s important you find out which one is going your way. However, schedules and reliability by the various services remain consistent.

As a central american country, Costa Rica has the benefit of having both the calm, tranquil Caribbean, and the Pacific surfer’s paradise. Though you’ll find a number of beach towns on both, the two coasts couldn’t be more different. The Caribbean provides a cool, relaxed, atmosphere with spices and flavors specific to the region. Reggae and rastas are common. On the Pacific, you’ll find more luxuriously developed areas, an influx of tourists, and the typical dishes of Costa Rica. If you’re a surfer, breaks can be found up and down this coast, making it a great option. 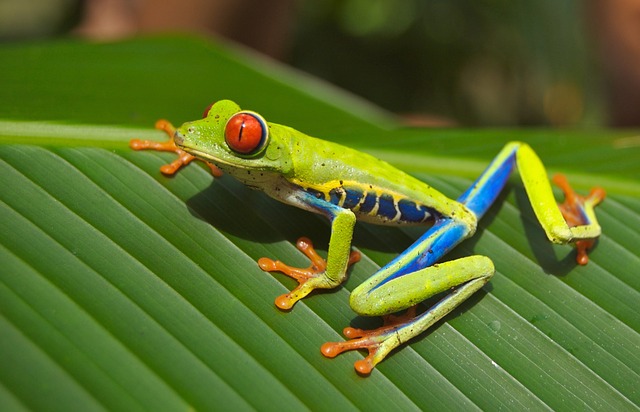 Costa Rica is recognized worldwide as a leading country for environmental protection and conservation. National parks and reserves in Costa Rica make up almost 30% of the land, and are easily accessible from anywhere in the country. Two of the 34 protected areas have been declared UNESCO World Heritage Sites. The Osa Peninsula is home to at least half of all species living in Costa Rica.

Contrary to popular belief, the weather is Costa Rica isn’t always sunny and pleasant. In fact, it hardly is. Costa Rica mainly thrives on two “seasons”, wet and dry. The rainy season is typically May-December, while the dry season goes from December-April. However, because of the diverse landscapes and ecosystems, different parts of the country might be rainy, dry, humid, and cold all at the same time.

The Caribbean is known for being a wet region with showers almost everyday. The Pacific tends to stay true to the seasonal wet and dry trends with about 3 weeks of a dry spell in July and August. The higher elevated regions tend to be colder, with temperatures dropping as low as 50 degrees fahrenheit in the mountains.

Make sure to know the climate for the region and time you are visiting before your travels, and pack accordingly.