One of the many considerations when planning a trip is transportation. While flying is often the fastest route from point A to point B, the railways offer relaxing and scenic views without the hustle and bustle of airports. 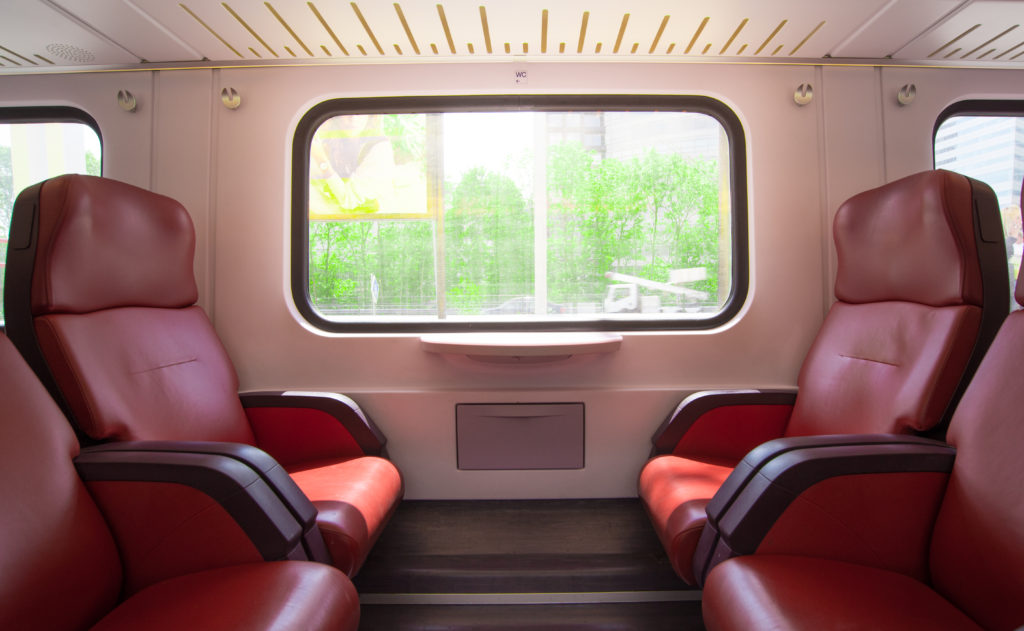 Train travel can be a meandering journey to your vacation destination or part of the vacation itself. If you have time to sit back and unwind as the train winds its way through peaks and valleys, inspire4travel can help you find the right train route for your trip.

Traveling by rail has fallen out of popularity compared to its late 19th-century heyday. With airline fares rising while the seats continue to get smaller, many people are turning toward trains as an alternative. Unlike airplanes, the interior of trains has generally remained the same spacious size.

Train cars are significantly less crowded than the other methods of transportation, such as airplanes and buses. Scenic road trips from your car windows are possible, but without the comfort of being able to move around.

Passengers on airplanes can only get up when the seatbelt light is off and even then, they have to maneuver through tight aisles. Rail passengers can move freely between train cars, including the dining car, where you’ll find food and drink options of more than just pretzels.

Clouds are great and all, but train travel provides a unique opportunity to take in the scenic views that are otherwise inaccessible via other modes of transportation.

5 Train Journeys to Take for the Scenery

For a time, the railway systems around the world were the most advanced invention of the era. The History Channel’s list of train facts explains, among other things, how the railroads created the time zones that the United States still uses today.

If you’re short on time to get from one place to another, trains probably aren’t your first choice. But if you have the time and inclination, these are 5 of the most scenic train rides in the world.

1. Take the Glacier Express from Zermatt to St. Moritz, Switzerland. A long seven-hours is punctuated by hundreds of bridges and 91 tunnels.

4. Ride through the Scottish Highlands on The Royal Scotsman, Scotland. Stunning lochs and glens found in the highlands of Scotland can be seen from the windows of the train. Rented kilts are available on-board for a full Scottish experience.

5. View the Transylvanian countryside on the Danube Express from Hungary to Turkey. The four-day train ride courses through the heart of Transylvania. Sightseeing stops including the fictional birthplace of Dracula and Dracula’s Castle (Bran Castle.)

High-speed, so-called “bullet” trains have yet to make their way to the States, but many European countries have embraced the new technology. Even from a bullet train, the scenery is incomparable.

If you truly want to see the world and not just the biggest tourist destination, trains offer unprecedented views of the rolling hills amid untouched countrysides.