If you’re planning a trip to Egypt, then you might have a rough idea of the places you’d like to visit and the landmarks you’d like to check off. And there’s no shortage of places to visit in Egypt. You might plan a trip to the Great Pyramid and Sphynx at Giza, and then to the Valley of the Kings. You might then go on a long cruise along the river Nile. 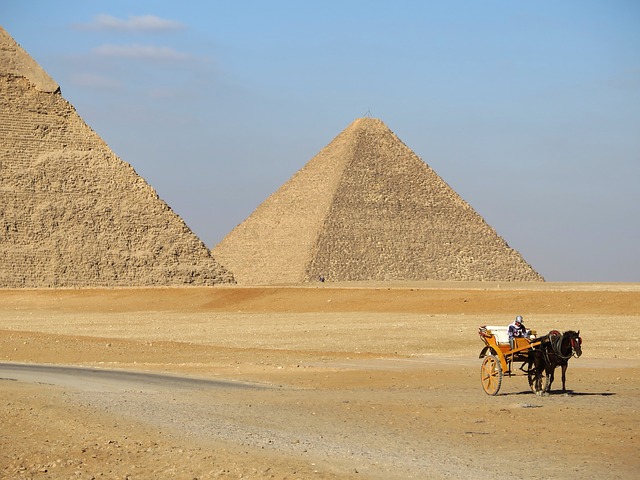 But if you’re to get a fuller experience of what the country has to offer, you’ll need to dive a little deeper into its culture as it exists today.

What are the famous cultural features in Egypt?

Islam plays an enormous role in public and private life in Egypt. Among the most obvious impact this has on daily life is the obligation for observant Muslims to pray five times daily, which means that you’ll structure your itinerary around the call to prayer. On Fridays, everything is closed – and many businesses also close on a Thursday, too, which means you can consider the weekend to have shifted forward slightly. During Ramadan, you’ll be expected to abstain from certain sorts of behaviour in public – like smoking and drinking. Obviously, public displays of affection are prohibited.

What Foods Should You Try?

Egypt offers a range of unique cuisine which visitors will want to sample. For breakfast, Ful is among the most popular dishes. It consists of combination of slow-cooked fava beans, and it’s a staple around Cairo and the countryside. It’s often served alongside Ta’meya, which you can consider a variant of falafel.

Koshari is another popular dish, often cited as the national dish of the country. It consists of a layer of different kinds of carb and proteins, including pasta, rice, lentils, and chickpeas, served with onions of spicy sauces.

On the more familiar side is shawarma, which is a kind of kebab consisting of stacked meat slowly rotated on a skewer. If you’re a vegetarian, then you’ll want to also try Mahshi, which is vegetables stuffed with rice. It works great as a quick snack!

How Should you Interact with the Locals?

Arabic is the spoken language in Egypt, and has been since the 12th century. There are a few differences in etiquette in Egypt, where greetings are heavily rooted in class and gender. Greet those of the same sex with a handshake, and bow toward those of opposite sex, and you’ll minimise the chance of a faux pas. When you’re dining, wait to be seated, eat with your right hand, and don’t forget to say thank you. If you empty your plate, then it will be filled again for you – so leave a little bit behind to show that you’re done eating.