Every year, millions of tourists flock to Asia to encounter elephants. Whether it be through elephant rides, circus shows, or trekking, these majestic creatures are one of the focal points for tourism in countries like Thailand and Malaysia. There’s no denying that elephant tourism as a whole is booming right now and most people would love to experience such encounters with the world’s largest land mammal. 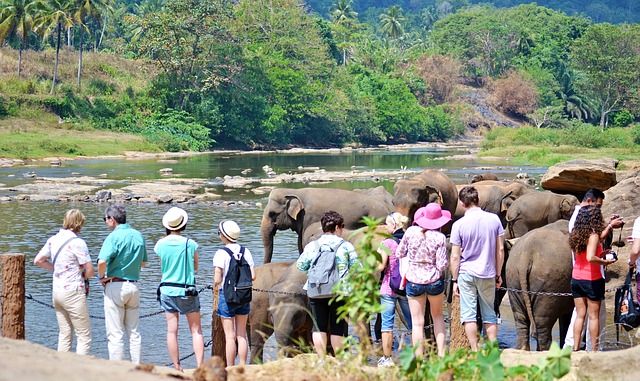 But before you book your next flight, it’s important to do your own research on what elephant trekking is all about. It may sound fun and exciting, but is it really an ethical form of tourism? Today we’ll be discussing everything you need to know about elephant trekking and why you should think twice about trying it.

Despite being in close contact with human beings for more than 3,000 years, elephants cannot be domesticated without using brutality and force. For the most part, these animals have been poached directly from the wild and the baby elephants are separated from their mothers. For elephants to be kept with any degree of safety, the animals must:

The health and safety of the elephants are of the least concern for elephant trainers (mahouts). They starve the animals and keep them in unsanitary conditions, using all forms of animal cruelty to leave the elephants at their mercy. When held in captivity, the elephants are prone to developing a variety of physical and psychological ailments. Here are some examples:

The elephants suffer from joint problems after being chained for much of their lives. Their joints cannot handle their sheer weight, especially when standing for almost a day. The animals are also prone to developing a multitude of foot problems such as ulcers, holes, and cracked nails.

Elephants that are kept for long periods tend to display behaviours such as bobbing their heads, repeatedly swaying their trunks, and even lifting one leg in the air. Tourists are told that the animals are dancing when in fact, it’s a cry for help that no one sees or hears.

Controlling the elephants require harsh, abusive methods. No elephant is spared from the brutality and both young and old elephants can be spotted with several wounds on their bodies. These wounds can become infected and cause severe pain to the elephants.

Despite their sheer size, elephants have delicate backs that are incapable of supporting heavy loads. The added weight of both the human and the chair can damage the elephant’s spine and lead to long-term deformity and pain. Carrying heavy loads without access to adequate food, water, and shelter quickly deteriorates the health of the elephants and cause them to suffer from a premature death.

Elephants are highly intelligent creatures, ones that are family-oriented and live in matriarchal groups. Because these animals are poached at an early age, they lack the physical and emotional support from their mothers and develop feelings of isolation. Their lack of mother’s milk causes a poor start in their life and may lead to health issues later on as they reach adulthood.

Irish medical scientist Roger Brambell led an investigation commissioned by the UK government back in 1965 where they looked into the welfare of intensively farmed animals. According to the Brambell Report, the animals should be able to “stand up, lie down, turn around, groom themselves and stretch their limbs.”

From there, the report became recognised as the Brambells Five Freedoms and is acknowledged by international animal welfare organisations. As you plan your next trip, consider these five aspects to know if the animal activity you’re participating in is ethical in nature:

1. Are the elephants free from hunger and thirst?

Do the elephants have complete access to clean food and water? Are they being nourished properly?

2.  Are they free from any form of discomfort?

Are the elephants free to roam in a semi-wildlife-like habitat? Do they have sufficient shelter where they can rest and recover?

3.  Are they free from pain, disease, and injury?

Do the elephants appear healthy, vigorous, and full of life? Do they receive appropriate treatment for their conditions?

4.  Are they free to express their natural behaviors?

Can the elephants display their natural behaviors similar to like when they’re in the wild? Are they provided with natural stimulation and are accompanied by animals of their own kind?

5.  Are they free from terror and suffering?

If all of the answers to these five questions is yes, it’s a good sign that the animal is in good welfare. Think carefully about the activity you’re going to take part in and make sure to consider the Five Freedoms before booking your next trip.

There are an abundance of elephant projects in Thailand that demonstrate that it is possible for us to enjoy the presence of elephants without inflicting harm to them. Having a meaningful interaction with these animals doesn’t mean they have to suffer at the expense of our satisfaction. There are plenty of other alternatives to elephant trekking such as visiting elephant sanctuaries, volunteering for elephant projects, and campaigning against unethical elephant tourism. Check with various organisations and tour companies like Trunk Travel to see your options.

When we promote responsible tourism, it sets off a chain reaction that informs other travellers of which activities to participate in and which ones they should avoid. Elephants are amazing creatures and they deserve more than just being held captive for our own entertainment. As always, be mindful of your travels and do your own research about ethical elephant tourism and how you can make a positive impact on the industry.