India is a land of Gods, cultures, traditions, cheerful people and lots of colours. And not to forget, it is the land of majestic Himalayas. One state that has gained popularity among international tourists coming to India is Himachal Pradesh. Lying in North India, this state lies around 340 km from Delhi, the capital of India.

The state presents a perfect blend of serene lakes, ancient temples, spectacular treks, panoramic view of the majestic Himalayas and rich cultural heritage. Himachal Pradesh has a lot to offer to the people who are in search of peace and purpose, away from their ‘not so purposeful’ lives back in their countries. Himachal Pradesh is sure to feed your soul with its tranquillity and serenity. So, what is in store for you in this beautiful state? A lot, I would say. After having spent considerable time and having explored this state quite well, I can confidently list down five exciting and thrilling things that you can do in this incredible state. Here we go!

Though many places in Himachal boast of a thrill-packed paragliding experience, paragliding in this small village called Bir Billing, is something you just cannot miss. Reputed to be the world’s second-best destination for paragliding (second only to Lake Como in Italy), Bir Billing offers a picturesque panoramic view of the Dhauladhar ranges in the Himalayas.

One takes off from a height of 8000 feet above sea level and lands at 4300 feet, and it’s generally a 30 minutes flight. There are a lot of institutes offering courses in paragliding and many flyers even bring their parachutes to enjoy the outdoors with a panoramic view. Remember to carry one if you wish to take a course here too. 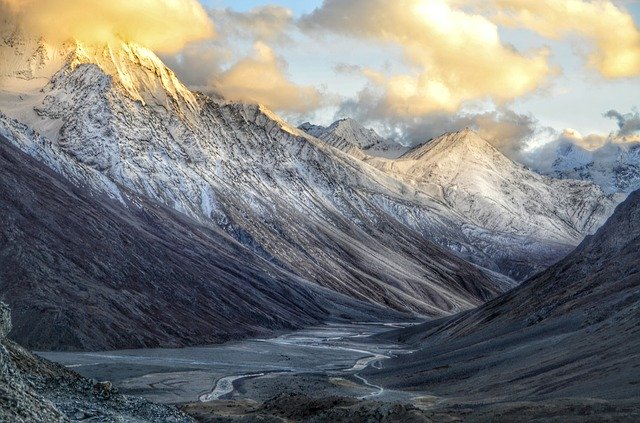 There are many popular treks in Himachal Pradesh that bring you to another world altogether. Being home to the Himalayas, these treks have beautiful trails leading to peaks that offer a 360-degree view of the snow-clad Himalayas. Some of the famous treks in this state are Chandratal lake trek, Triund trek, Hampta Pass trek, Sar Pass Trek, Bhrigu Lake trek and many more.

Depending on the place you are visiting in Himachal, you can pick a peak to scale. So, when you are visiting this state, make sure that you carry hiking gear with you i.e. hiking jacket, a lightweight backpack and your rocky tactical boots. You don’t want to miss taking a trek just because you didn’t have the right gear.

Lying 10 km ahead of Dharamshala, McLeod Ganj is where His Highness the Dalai Lama resides. Forced to leave China in 1959, he came here in 1959. Due to this, many Tibetans in exile also live here, and Buddhism has flourished in this beautiful town.

Dharamkot and Upper Bhagsu are small villages around McLeodGanj in Himachal Pradesh. These villages are dotted with numerous jewellery shops serving the tastes of hippies and Israelis that come here to stay for an extended period. Some shops also conduct workshops to teach jewellery making to the tourists for a small fee. You can sign up for one of these workshops or look for institutes offering courses in the same.

With water temperature between 40 to 50-degree celsius, these springs are popular destinations for tourists as these are often reached after a short hike. Some of the famous ones in Himachal are Vashisht in Manali, Manikaran in Kasol, Kheerganga in Parvati valley, and Tattapani near Shimla.

Exciting right? It’s inevitable to be in awe of this beautiful state of Himachal, and you are bound to lose yourself here. This state has so much spirituality, calmness and meaning that you can’t leave it not transformed and healed! So, leave everything else aside and plan a trip to India immediately.